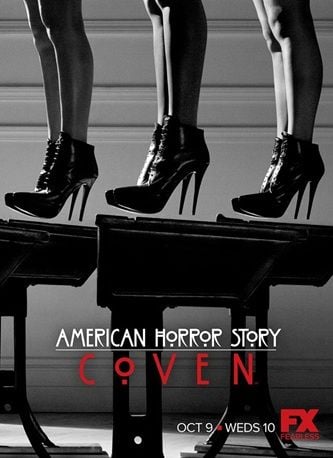 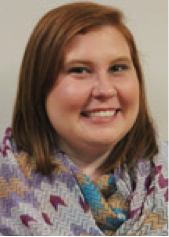 For those of you who watch "American Horror Story" or are contemplating whether or not you can handle the show, here is a first time viewers take on the show.

Yes, I know, I hopped on at the third season; better late than never, right? This season was about witches (hence the word coven) who have come to a special school called Miss Robichauxs Academy for Exceptional Young Ladies, where they are to learn about their special witch powers.

The show was really not what I had expected. I had heard many people rave about how great it was, and then I watched the third season. I heard mixed reviews that it was legitimately horrifying and then not scary at all, but no one had warned me about the gore that was about to ensue. If you are squeamish around blood, this may not be the show for you. There are a lot of impalements and cutting of the throat. There were also many unexpected twists in the plot that had me wanting to keep watching to see what happens next. Thirteen episodes later I had been a faithful viewer.

The writers built a cast that was diverse, yet easy to connect with at the same time. Plus, Stevie Nicks made an appearance in a few episodes as character Misty Day was a huge fan and Nicks wannabe. She also performed Fleetwood Mac song Seven Wonders, which was also what the test the young witches must perform in order to find the new Supreme. I was enthused with that decision the writers made. Without giving too much away, the girls must dodge current Supreme Fiona Goodes attempts to kill them so she could stay as reigning Supreme of their Coven since once a new Supreme is found the old one dies. The school lost a few girls due to death, brought a couple back to life, and ultimately ended up with a new Supreme and fresh start for the Coven as a whole.

As a first time viewer of the show, I would recommend adding it to your DVR and I cannot wait for the next season set to air in October 2014. The seasons theme is to be set in the 1950s and there have been hints of returning cast members playing different roles.