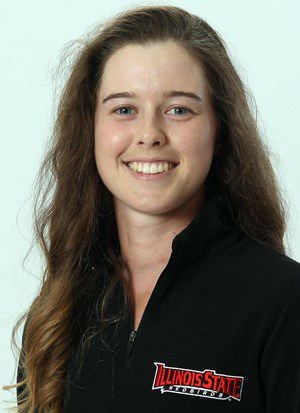 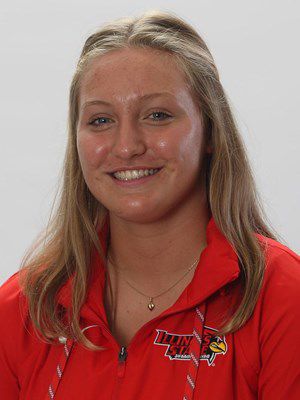 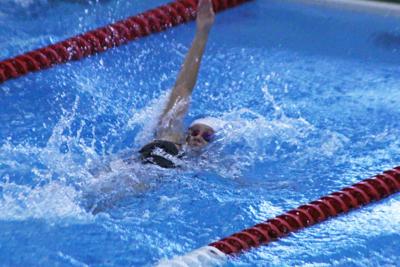 · Almost every Missouri Valley Conference school is taking this weekend off as they prepare for the large, national-class invitationals to come next weekend. Evansville, however, competed at the Fast Cats Classic at Kentucky Wesleyan University after taking the last two weeks off. The Purple Aces were led by junior Anna Lowry, who currently holds the fastest 5,000-meter in the Valley this fall. Lowry recorded a time of 17:43.00 to take the individual title by nearly 40 seconds. The Aces scored a total of 93 points to earn runner-up honors to Centre University (41).

· MVC Runner of the Week: N/A due to only one team competing.

· Two Valley schools traveled to Ohio for the Dayton Invitational: Illinois State and Valparaiso. Illinois State finished in fourth place overall in a very deep field led by co-MVC Golfer of the Week Becca Black. Black played even rounds of 73 apiece on the par-70 NCR Country Club North Course which placed her in a tie for third individually. The Redbirds’ total team score tallied to 611 over the two-round tournament. Valparaiso scored 633 to finish ninth overall, led by sophomore Payton Hodson’s career-best 74 strokes in the second round tallying 153 strokes for a two-day total.

· The Southern Illinois Salukis finished tied for second overall in the Lady Red Wolves Classic with a 54-hole total of 881. This is a new SIU 54-hole school record. Co-MVC Golfer of the Week junior Emilyee McGiles led her team with a score of 220 (+4) to finish tied for 10th overall. In total, the Salukis scored three rounds under 300 at 294-296-291 for the sequence.

· The Sycamores of Indiana State also competed this past weekend at the Mastodon Fall Invitational and finished in third place as a team. Sophomore Lauren Green wrapped up her second day with a score of 72 on a par-71 course to bring her two-day total to 229 to finish third individually. Senior Sierra Hargens tied for fourth place after three rounds under 80 at 77-79-76 for a total score of 232.

· This weekend’s games resulted in a new conference leader, a historic moment for a Drake coach and a dramatic leap in national ratings.

· Most notably, the previous MVC favorite Missouri State fell in the rankings after suffering a 2-0 shutout loss to the Ramblers.The Bears now findsthemselvessecond behind both Loyola and Illinois State, who are tied for the top spot in the league. The win also allowed Loyola to extend its winning streak to six straight games. Loyola, aided by two MVC weekly award winners, will face off against Illinois State in a battle for the ultimate top spot Oct. 20 right here in Normal.

· The Drake University Bulldogs defeated the Evansville Purple Aces on Oct. 12in a historic day for head coach Lindsey Horner. In her 12 years at Drake, Horner has coached her team to 100 victories. Horner has garnered 54 All-MVC selections and continues to add to her decorated coaching career.

· The Ratings Percentage Index (RPI) is one of the multiple tools utilized by the NCAA to make selections in rankings. With the Ramblers’ exciting victory over the Missouri State Bears, they jumped from 99th overall to 71st on the RPI Rankings List. This makes the Ramblers the only Missouri Valley team to make the top 100.

· Action in the pool really heated up this week as many more Valley schools dove right in.

· Illinois State hosted Butler in its home opener for the 2019-2020 season. In the dual meet, the Redbirds totaled 182 points to trump Butler’s 97 points. This not only marked the Redbirds’ first victory of the season, but it also marked the first victory of new head coach Caitlin Hamilton’s young career. The highlight performance for the ’Birds came from MVC Diver of the Week Caroline Lecoeur. The junior, hailing from Lyons, France, already recorded NCAA Diving Zones qualifying marks in her victories in the 1 and 3-meter diving events. The reigning MVC Diver of the Year posted a mark of 281.18 points in the 1-meter event and set a new career-best in the 3-meter dive at 298.58 points.

· Southern Illinois earned another team victory this weekend in a double-dual over Bellarmine and Valley foe Valparaiso. With the help of MVC Swimmer of the Week senior Laura Carver, the Salukis tallied 177 points to trump Bellarmine’s84, while the Salukis’ 206.5 total trumped Valparaiso’s 54.5 in their head-to-head battle. Carver helped add points to her team’s impressive totals by winning three events in the water. She reigned victorious in the 200-yard freestyle (1:57.26), the 200-yard breaststroke (2:22.11) and the 200-yard individual medley (2:10.33). Additionally, the senior placed second in the 100-yard freestyle event (54.76).

· Another note-worthy competition on the weekend was MVC preseason favorite Missouri State’s double-dual against host Kansas and South Dakota. The Bears cruised past South Dakota with a 243-108 margin, while falling to the Jayhawks of Kansas 101-244. The Bears could be even more dangerous this season as many freshmen stepped up to place in the top five in numerous events in the water. While they may have suffered a loss to a Big 12 powerhouse, the Bears are still a team to watch in the Valley this year.

· Yet another exciting week in the arenas saw the fall of an MVC favorite, multiple sweeps, some new records and one team remaining undefeated in league play.

· With the help of Missouri Valley Conference Player of the Week senior Heather Kocken, the Ramblers continued their Valley play win-streak and move their record up to 6-0 in league play in their victories over Missouri State and Southern Illinois this weekend. The Ramblers are off to their best start ever since transferring into the conference from the Horizon League. With their victories last weekend and MVC favorites Northern Iowa suffering their first league loss, Loyola takes sole possession of the top spot in the conference.

· The Redbirds handed Northern Iowa its first loss of the conference regular season with a hard-fought 3-2 win at the McLeod Center Saturday night. The victory is also notable as the ’Birds have only accumulated 10 road match wins against the Panthers since 1983. The victory moved the Redbirds’ league record up to 4-2 and tied for third place in the standing with the Bradley Braves.

· Speaking of the Braves, after suffering a loss to the Panthers of University of Northern Iowa, they handed it back to Drake Oct. 18 with the help of MVC Defensive Player of the Week Emma Raleigh. The junior had a record-setting weekend as she set a new MVC single-match record 48 digs to help her team defeat the Bulldogs in four sets. She broke the old MVC single-match digs record of 46 held by Missouri State’s Cara Hackmann in 2009. Raleigh’s dig tally also tops the nation since 2016 and is the highest dig total in a four-set match nation-wide since 2008.

· Two school records also fell this weekend in the same category. Evansville’s Gabriela Macedo broke the Purple Aces’ program record by recording 43 digs Oct. 11in a game against Indiana State. She broke her own record of 41 digs set in September of this year. The same match saw another school record collapse on the other side of the net. The Sycamores’ Melina Tedrow recorded 44 digs to set a new single-match school record. Her mark ranks second in the nation behind Raleigh, while Macedo slides in the third slot.

RACHEL HICKEY is a Features Reporter for The Vidette. She can be reached at rehicke@ilstu.edu. Follow her on Twitter at @r_hickey15

Coming off impressive back-to-back wins in Iowa, Illinois State volleyball (11-7, 4-2 MVC) will look to keep the good times rolling as it prep…

For the second time in as many games, Illinois State (12-7, 5-2 MVC) took down another undefeated conference opponent after defeating Loyola-C…

The Loyola Ramblers defeated the Illinois State University Redbirds 4-1 on Oct. 20 in Normal.

A pair of top-15 finishers led the way for Illinois State University women's cross country in Butler at the Bulldog Invite.

Illinois State soccer slides back into the win column

In the penultimate match of the season, Illinois State University prevailed on the road against the Missouri State Bears.