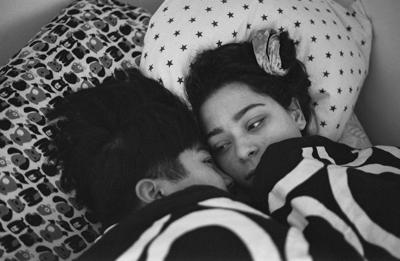 Relationships are already a struggle, but now they are facing an unusual struggle with the coronavirus pandemic happening. Maintaining a relationship during a self-isolation period can be stressful but with the given technology, communicating is easier, even though we cannot physically see each other.

The New York Times recently posted a story of a couple who started dating during quarantine. Photographer Jeremy Cohen met Tori Cignarella on their balconies in Brooklyn, New York, in early March and started dating when Cohen flew his drone over to her with his phone number on it. Ever since their interaction they have been communicating through their phones, a drone and a giant bubble. Their story has gone viral and they are indeed still talking today.

Dating in quarantine is challenging and couples do everything they can to stay connected.

John Brooks who lives in Aurora spoke about his relationship with girlfriend Madison Boissiere and how they stay connected while in quarantine.

“Right now we just try to text each other as much as we can. Madison and I FaceTime a lot; we tried seeing each other once but that was early on, so now obviously we can't do that anymore because it's getting serious,” Brooks said. “We used to live with each other and see each other every day but now that we are separated there is less communication, plus having online schoolwork interferes with communication.”

Boissiere commented on the challenges of being in quarantine while in a relationship, “It makes it hard because John lives two minutes away but I can’t see him, so it sucks and it feels like a long-distance relationship but we are two minutes apart. It’s hard knowing he is so close, but I can't see him.”

With many challenges, it is not impossible to stay involved in each other's lives. Boissiere gave some advice to those who are in the same situation and can’t see their significant others.

“Make sure you keep communicating with your partner and make them feel wanted and loved because it's hard during these times and you feel lonely sometimes, so just keep up the communication and effort.”

Some couples have the opportunity to be in quarantine together. San Diego couple Adriana Fis and her boyfriend Chris have been staying in together.

“We each have our own activities and stuff to do so that way we don't choke each other at the end of the day, like he will play video games and I will watch my shows,” Fis said. “We have been playing a lot of board games and trivia, we wouldn't play games that often until this situation happened. We have been binge watching shows and movies which is fun.”

Not being able to go out on dates or even hangout has been a struggle for couples. Fis talked about how the coronavirus has affected their nights out.

“We can't go out to eat, there is nowhere to go, I feel like if it's a newer relationship it would be harder to maintain in the pandemic. One thing we would use to do every week was go to the movies, but at least we have Netflix.”

Now is the best time to try new hobbies together even if your significant other is not physically there. Utilizing the resources that are on the internet right now can still make communication possible. Grab a charger and make the most out of your days by getting creative with the technology we have.

ASHLEY BINKOWSKI is a Features Reporter and Photographer for The Vidette. She can be contacted at asbinko@ilstu.edu Follow her on Twitter at @BinkowskiAshley