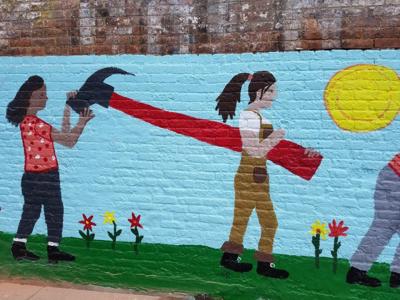 Women with a high school degree typically end up with jobs that make less money than men with the same education.

Dreams Are Possible is a nonprofit organization that helps women transition from jobs to careers and have economically sustainable employment.

The organization is currently remolding an old grocery store on 1311 W. Olive Street in Bloomington. The old building will transform into a hands-on training center for women to try out different trades and learn to use a variety of tools.

Campbell adds that the goal of the training center is to expose women to other fields “they probably never thought they could do.”

The training center will provide hands-on experience, individualized training and mentoring for women. The building is also located on the west side of Bloomington. Campbell adds that this helps another goal which is to help revitalize that part of town.

Women tend to cluster in fields that pay less. The goal of Dreams Are Possible is to show women what they are capable of. It will give them the skills they need to get a higher-paying job in fields they might not have considered. One area where women are still highly underrepresented is in building trades.

Computer training will also be available for math and language skills.

In 2017, gender segregation by occupation was greater among the most disadvantaged and low-income workers, single parents and those who had not completed high school.

Some barriers that result in gender disparity include traditional gender stereotypes, a lack of exposure and experience offered to women in male dominated fields, little to no exposure to the right tools and a limited pre-vocational education.

The building is now in the rebuilding phase thanks to the help of volunteers. The organization hopes to have the training center complete by mid-to-late October.

The building also features a mural by Youth Global Citizens. The mural was completed this month and shows women at work.

“These are our people. These are McLean County Residents,” Campbell said. “We want to find a way to help them so they can have a better quality of life. That benefits the whole community.”