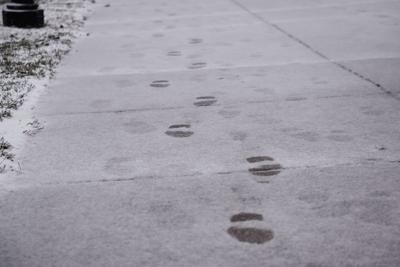 During the cold, winter months, influenza can go around faster than a rumor being spread by high school girls who prioritize drama.

In Illinois, flu season peaks from December to February and according to government health officials, between the start of October 2019 up until the first day of February 2020, there have been between 22 million and 31 million flu illnesses within the United States. Reading this might cause concern, for this is a large number of cases within only a four-month period.

Here at Illinois State University, there are over 20 thousand students living in close quarters with one another, so to help prevent getting sick, here is a rundown of what to expect when having the flu and how to stay healthy:

How to Prevent Influenza

There are numerous ways you could prevent yourself and others from getting sick with the flu.

First of all, it is recommended that everyone over six months of age should get a flu vaccine each season. This could potentially reduce flu illnesses, doctor’s visits and missed work or school.

Another prevention strategy is simply practicing good health habits. Covering your mouth when coughing and washing your hands can significantly help stop the spread of germs.

Signs of the flu tend to come on quickly without warning, which can make living with this illness feel miserable. Common symptoms include a fever, cough, sore throat, runny or stuffy nose, muscle or body aches, headaches, tiredness and sometimes vomiting. Contrary to many people’s beliefs, you do not need to have a fever to still be diagnosed with influenza.

If symptoms of the flu become prevalent, it is best for you to stay home, rest up and avoid contact with others in exception to a health care provider. The majority of people who get the flu only have mild sickness and do not need any major medical care or have a need for antiviral drugs, which are prescription medications that will fight against flu viruses within your body.

The government Centers for Disease Control and Prevention suggests staying home for up to 24 hours after your fever has subsided. People at risk most for the flu include young children, pregnant women and individuals over 65 years old.

GRACE CURRAN is a Features Reporter for The Vidette. She can be contacted at gjcurr1@ilstu.edu Follow her on Twitter at @gracejanyne

Winter Survival 101, don't get caught in the cold