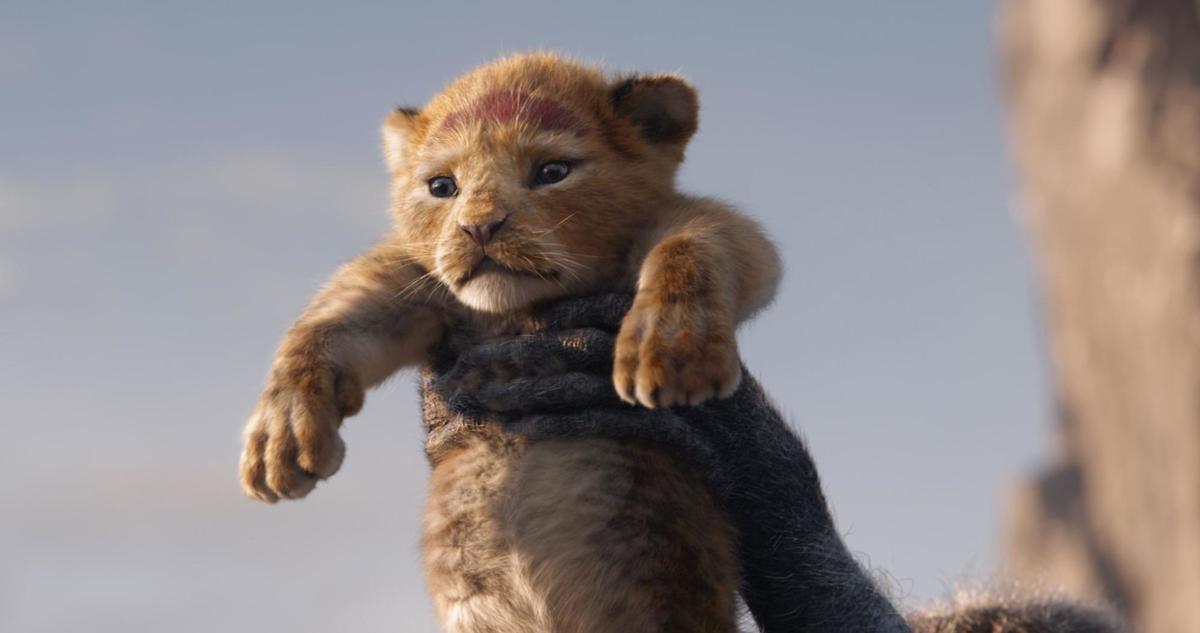 The lion Simba, voiced as a cub by JD McCrary, in Disney's CGI remake of "The Lion King." 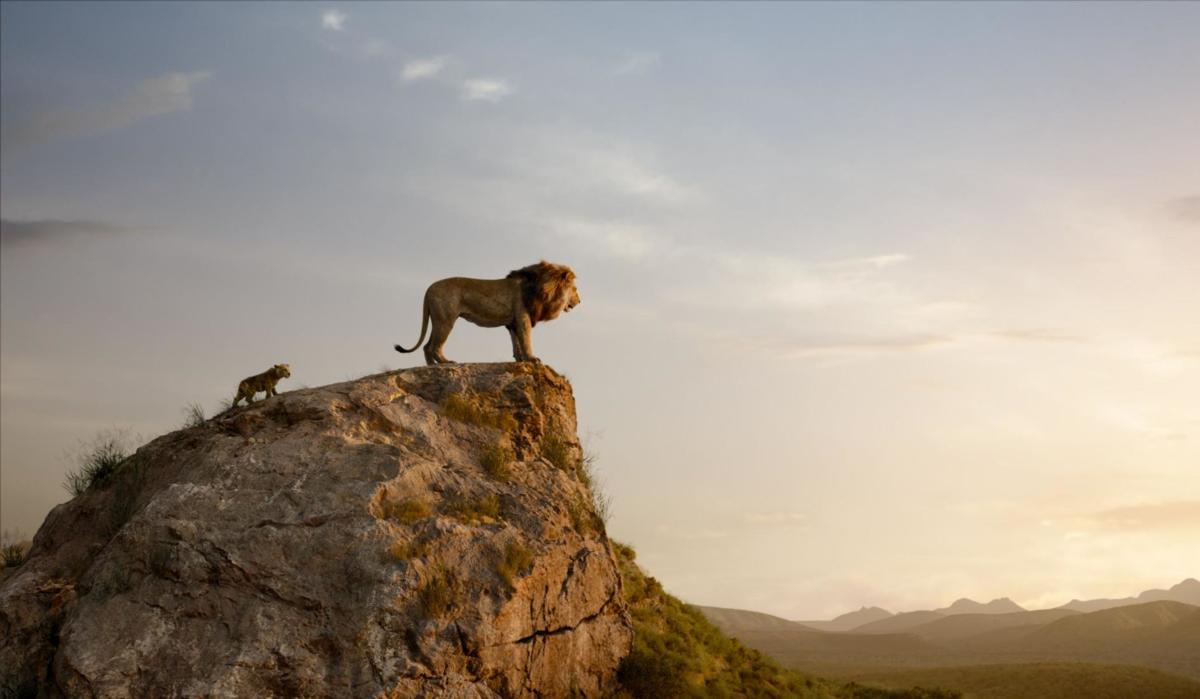 "The Lion King," featuring the voices of JD McCrary as Young Simba, and James Earl Jones as Mufasa, was directed by Jon Favreau. 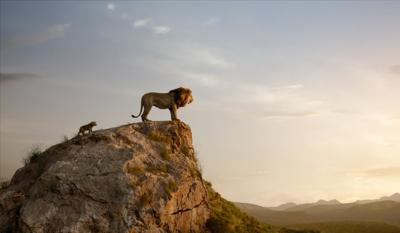 The lion Simba, voiced as a cub by JD McCrary, in Disney's CGI remake of "The Lion King."

"The Lion King," featuring the voices of JD McCrary as Young Simba, and James Earl Jones as Mufasa, was directed by Jon Favreau.

OPENING IN HOLLYWOOD THIS WEEK

"Above the Shadows" _ A young woman who has become invisible meets a washed-up MMA fighter who is the only person who can see her. With Olivia Thirlby, Alan Ritchson, Jim Gaffigan, Megan Fox, Tito Ortiz. Written and directed by Claudia Myers. (1:51) NR.

"Luz" _ A young woman is stalked by a demonic entity. With Luana Velis, Johannes Benecke, Jan Bluthardt. Written and directed by Tilman Singer. In German and Spanish with English subtitles. (1:10) NR.

"The Price for Silence" _ A troubled woman returns home to confront her family after her father's death. With Lynn Mancinelli, Richard Thomas, Emrhys Cooper. Written by Tony Germinario; based on a story by Mancinelli, Germinario. Directed by Germinario. (1:47) NR.

"Rojo" _ A respected lawyer in a small town in 1970s Argentina is confronted by a mysterious stranger seeking vengeance. With Dario Grandinetti, Alfredo Castro, Andrea Frigerio. Written and directed by Benjamin Naishtat. In Spanish with English subtitles. (1:49) NR.

"Rosie" _ A woman in Ireland struggles to find shelter for her young family after they unexpectedly find themselves homeless. With Sarah Greene, Moe Dunford, Ellie O'Halloran. Written by Roddy Doyle. Directed by Paddy Breathnach. (1:26) NR.

"Sword of Trust" _ A mismatched foursome embarks on a conspiracy theory-fueled misadventure after one of them inherits a weapon that purportedly proves the South won the Civil War. With Marc Maron, Jillian Bell, Michaela Watkins, Jon Bass. Written by Lynn Shelton, Mike O'Brien. Directed by Lynn Shelton. (1:28) R.

"Avengers: Endgame" _ After 11 years and 21 previous films, this opening chapter of the Marvel Cinematic Universe comes to a mighty finish with this thrilling, exhausting and inevitably moving adventure featuring Iron Man, Captain America and all the others we've met along the way. (J.C.) PG-13

"The Last Black Man in San Francisco" _ Jimmie Fails plays a fictionalized version of himself in director Joe Talbot's gorgeous Sundance prize-winning debut feature, which tells a deeply personal story of friendship, community and the yearning for home. (J.C.) R

"Late Night" _ A swell romantic comedy of a very particular sort, a film that details the delightful attachment two women _ played by Emma Thompson and Mindy Kaling in tip-top form _ have not to any man (or even each other) but to the profession they're completely devoted to. (K.T.) R

"Maiden" _ A potent documentary about the first all-female crew to compete in yachting's grueling Whitbread Round the World Race in 1989, it tells a mighty tale about the majesty of the human spirit and the power of women. (K.T.) PG

"Toy Story 4" _ As directed by Josh Cooley and written by Stephany Folsom and the veteran Andrew Stanton, the film surprises with the amount of genuine emotion it generates with its focus on love, loyalty and what matters most in life, to humans as well as toys. (K.T.) G

Ratings by the Motion Picture Association of America are: (G) for general audiences; (PG) parental guidance urged because of material possibly unsuitable for children; (PG-13) parents are strongly cautioned to give guidance for attendance of children younger than 13; (R) restricted, younger than 17 admitted only with parent or adult guardian; (NC-17) no one 17 and younger admitted.