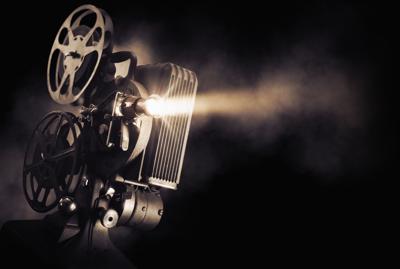 Governor Pritzker has recently issued a stay-at-home order for all Illinois residents that could last through April 7. For those wanting to kill time following that order, here are some movies for you to enjoy while practicing proper quarantine procedures.

The 2019 thriller took the Academy Awards by storm, and for good reason. The film follows the Kim family, struggling to make ends meet in a dingy apartment, and the events that transpire as they begin working in various roles for the wealthy Park family. If you enjoy edge-of-your-seat nail-biters with a dash of black comedy and themes of class conflict, this one is for you (as long as you don’t mind subtitles).

"Scott Pilgrim vs. The World"

This 2010 film flew under the radar at the time of release but has since garnered a cult following due to the movie’s fun cinematography and hilarious script. The movie follows Scott Pilgrim, a 22-year-old bassist in a band with little acclaim who falls in love with Ramona Flowers, a delivery girl. For Scott to date Ramona, he must defeat her seven evil exes in combat. If you want a comedy with a great sense of style and a star-studded cast, check this one out.

This 2019 coming-of-age comedy was directed by Olivia Wilde and man did she nail her directorial debut. The movie follows two high school girls, Molly and Amy. The pair engage in a whirlwind night of partying that results in lots of laughs and some heartfelt moments as well. The direction is fun, and the writing is phenomenal. If you’re looking for laughs, I can’t recommend this one enough.

I cannot understate how much I love this movie. Infinitely quotable, high amounts of charisma between all the cast members, and impeccable writing leads to a classic that anyone can enjoy (if you are old enough to be watching R-rated movies). As far as coming-of-age stories go, this 2007 hit is what I compare all other ones to (with Booksmart being a close second).

"Spider-Man: Into the Spider-Verse"

This 2018 animated film follows Miles Morales, a teenager who is struggling to live up to the lofty expectations set for him by his father. After sneaking out to do graffiti with his uncle, Miles is bitten by a radioactive spider, which sets him on a whirlwind path to watch his universe’s Peter Parker die, and meet a multiverse of Spider-People who will train Miles to replace him. With unique animation, a heartwarming and sometimes funny script, and lots of action, this movie will keep even non-superhero fans entertained.

If you enjoy buddy cop movies, this 2010 comedy will have you laughing all throughout. Starring Mark Wahlberg and Will Ferrell and directed by Adam McKay (who directed Anchorman and Step Brothers), this film offers nonstop laughs in its 107 minute runtime.

If you’re looking for something scarier and more topical, this 2007 horror-thriller follows Robert Neville (played by Will Smith) as he treads through a post-apocalyptic wasteland after a virus kills the vast majority of humanity and also turns a minority into horrible monsters called Darkseekers. Neville is immune, and the story follows him as he attempts to find a cure and/or other survivors before the Darkseekers get him.

For another more apocalyptic thriller, this 2006 film follows our protagonist in a world on the edge of collapse, where a global flu pandemic is followed by no children being born for the next 18 years. The story follows Theo, a former activist who goes on a tumultuous and ultimately hopeful journey to save the only pregnant woman on the planet.

If you want a movie that might feel a little too real, this 2011 action-thriller follows the story of a viral outbreak called MEV-1, and the scramble of people and governments as they attempt to find a vaccine for the deadly disease. The movie follows various people doctors as they race against the clock, hoping against hope to eradicate the disease before it takes too many lives.

With the shelter-in-place in effect, it is official: things are getting very boring. Some are even comparing the quarantine days to our high s…

Staying motivated while in a confined space

Going home for the weekend always felt like a good getaway from the school life, but due to the recent pandemic causing isolation among us all…