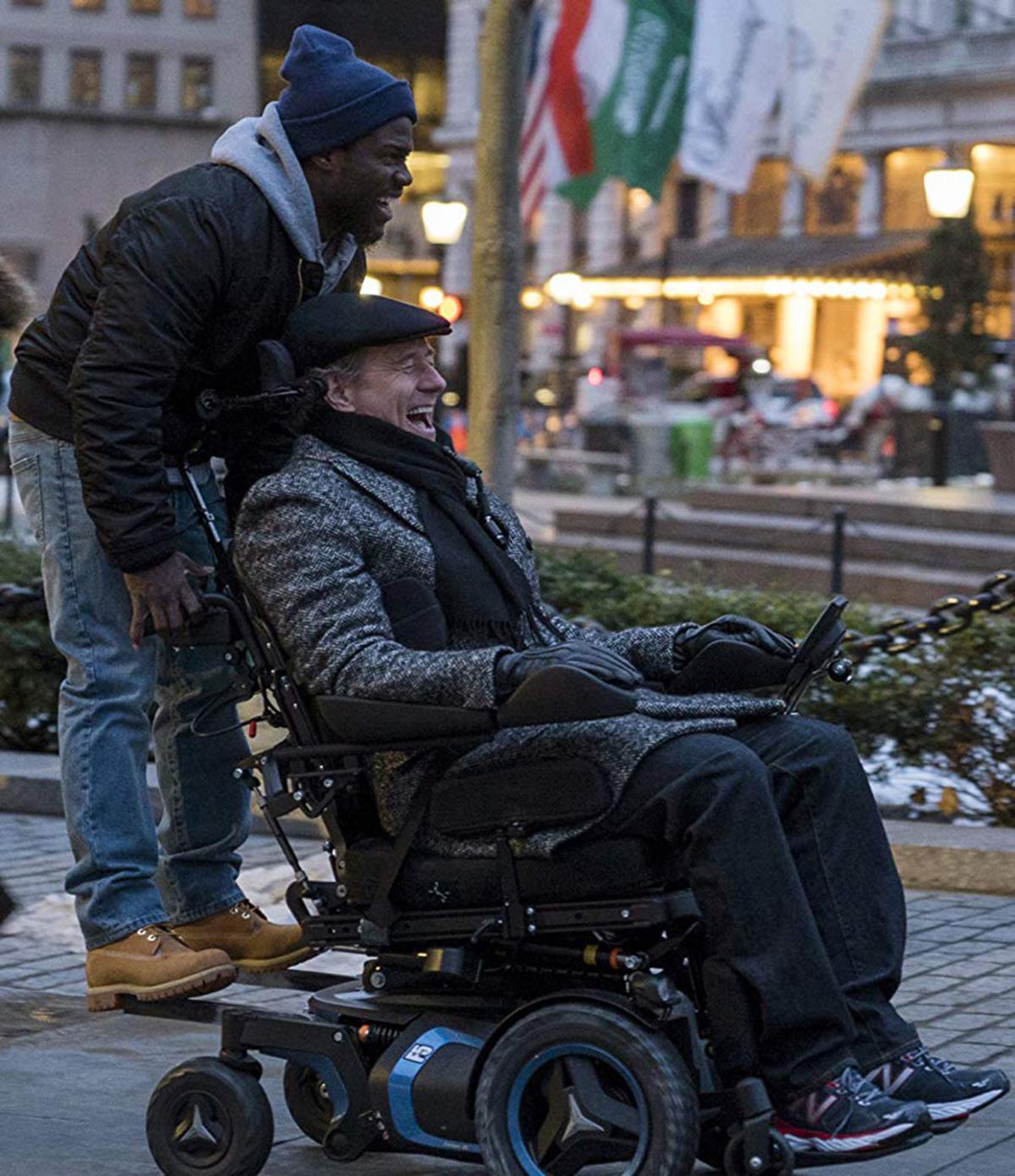 We can't judge "The Upside" based on the recent controversies surrounding Hart and his old offensive jokes, but we can judge it on the script, adapted by Jon Hartmere, which is clunky and dated. 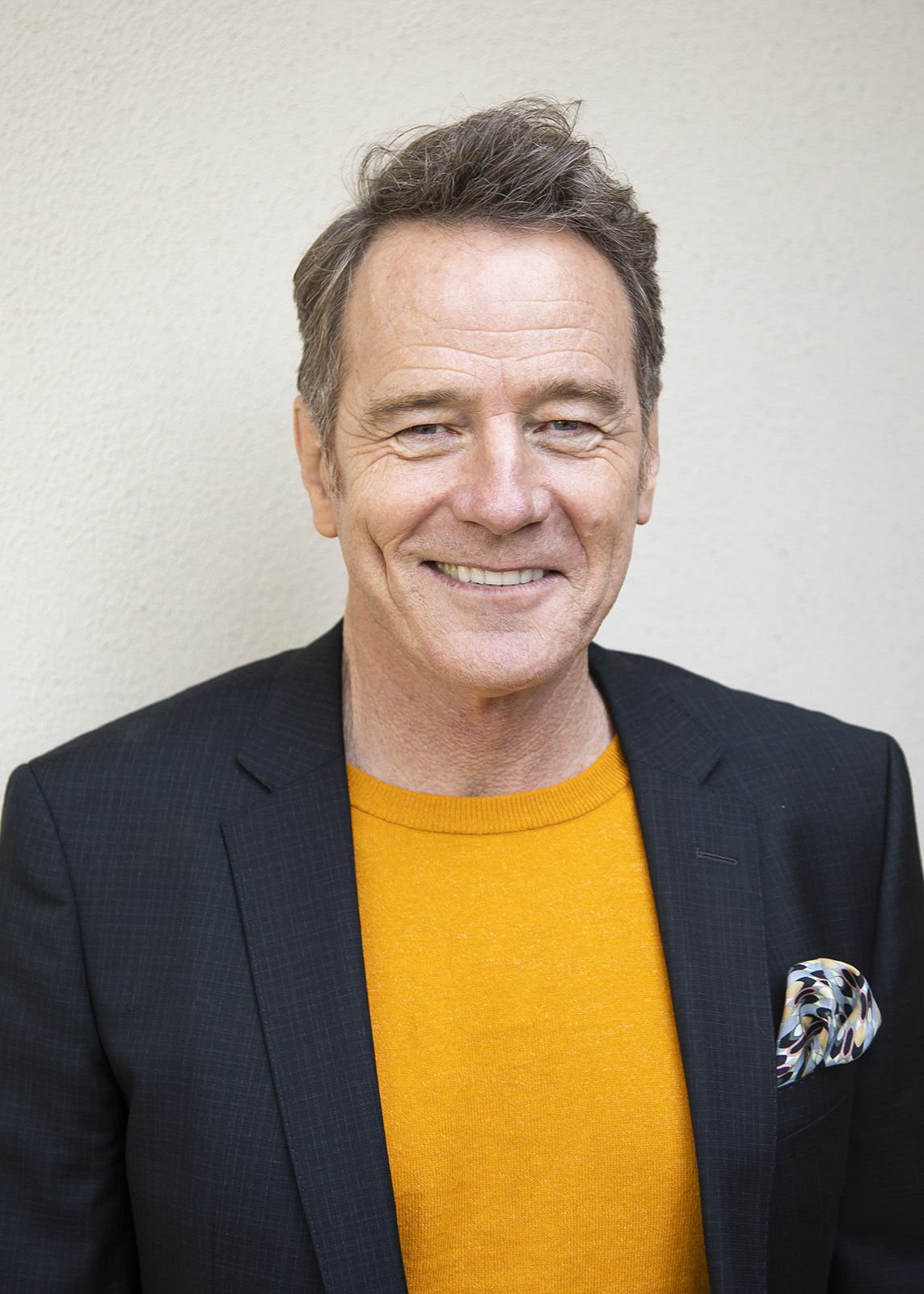 Bryan Cranston promotes the movie "The Upside" on Oct. 30, 2018 in Hollywood, Calif.

Fans of Bryan Cranston, best known for his Emmy-winning portrayal of the depraved Walter White in TV's "Breaking Bad," have a chance to catch him now in two very different roles.

He explores an alternate shade of brokenness, starring as a billionaire turned frustrated quadriplegic, in "The Upside," a new film hitting cinemas Friday. Based on a true story, the comedy also stars Nicole Kidman as a devoted assistant and Kevin Hart as a recently paroled ex-con who winds up being hired as a (very unconventional) health care attendant.

Or you can head to Broadway's Belasco Theatre and catch Cranston up close (seriously close _ some audience members are seated onstage) as he stars in "Network," an electric, multimedia production based on the acclaimed 1976 film. In the play, which opened last month, Cranston plays TV news anchor Howard Beale, who goes mad on-air as colleagues ("Scandal's" Tony Goldwyn and "Orphan Black's" Tatiana Maslany) try to save him, or score ratings off of him.

Q: So I bet there's nothing like playing a paralyzed man to make you appreciate just being able to move.

A: Yeah. When I was thinking of playing the role ... I got a mechanical wheelchair, all the bells and whistles, sent to my house, so I could practice with the little stick on my chin. At first I thought, wow, I have to just be like a rigid piece of wood. I tried...and realized it's exhausting. It's as if you're holding yourself tight, and there's only so much time _ less than a couple minutes _ before you start vibrating with fatigue. I realized, no, I have to go to the complete opposite end of this spectrum _ to be so relaxed ... that I have no need to move. I had to get into a real zen-like position in mind and body.

Q: The film, for me, brought back memories. I knew Christopher and Dana Reeve, and watching your character go through his daily routine reminded me of all the little things Dana did for Chris.

A: Well, you know, she was an angel, to be able to accept that kind of new reality in her life. She accepted it as part of their marriage agreement ... in good times and in bad. The caretakers of the world are really the unsung heroes. I witnessed that with my mother, who had Alzheimer's. Just the day-to-day care these people provide _ it astonishes me. It's something I know I couldn't do.

A: No, I don't think my constitution is strong enough to withstand that pressure, sustaining that kind of positive personality, and being so incredibly patient.

Q: How did you learn about the world of quadriplegics?

A: I visited three different quadriplegic men. One was an athlete _ a football player at Rutgers who had a head-to-head tackle and down he went. Then there was another fellow who lived outside Philadelphia. And I visited this young guy who lives close to me in the San Fernando Valley. He's married and had a baby. And yet you can't help but ... (He sighs.) This is a remarkable thing. And when someone goes through it, they go through all the stages of loss. In fact, it's healthy to do that. And there's no such thing as, oh, now I'm past THIS stage. You revert back (sometimes). It's messy. I've talked to the real guy, Philippe (Pozzo di Borgo, the French businessman whose book and subsequent French film inspired this movie). He's in his sixties and very surprised he's still alive. He told me, "I'm shocked. But I'm good."

A: The was written over 40 years ago but its themes are still applicable today. One ...is about being addicted to whatever the current technology is. Back then ...Howard railed against television, how only three percent of you read books and all the "truth," quote unquote, you think you know, you get from television. The same could be said now _ our television screens are just in the palm of our hands. And we're just as addicted, if not more. It's an incredible tool, but a tool is only as good as the person using it. We have to learn how to use our tools properly _ and when not to use them. For example, it's interesting _ when you step inside the theater, all the technology ...

Q: Right. The stage is awash in TV screens with commercials playing, and camera crews film you as you deliver the news.

A: And yet you're asked to turn off your phones, put everything away, pay attention and watch.

Ratings by the Motion Picture Association of America are: (G) for general audiences; (PG) parental guidance urged because of material possibly…