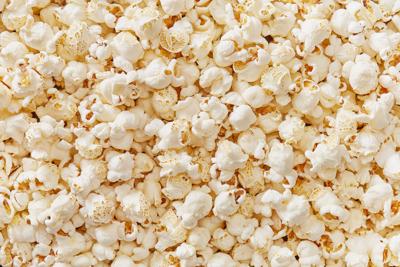 With the shelter-in-place in effect, it is official: things are getting very boring. Some are even comparing the quarantine days to our high school days. Why is that so bad though?

With Netflix being hardly updated, and everyone with a surplus of time on their hands, there is no reason to not binge watch all of the old and new each streaming site has to offer. So, buckle up to watch down memory lane with a few newbies to shake up these next few weeks inside.

With all seasons being available on Netflix, and the 16 season show being a TV fan favorite, this show gives you hours upon hours of plot twists. Plus, who doesn’t love Shonda Rhimes.

This Netflix original series brings viewers back 100 years to 1919 England. The newer Netflix fan favorite has been widely approved by all bingers, making following all 5 seasons of these gangsters a perfect goal to set during shelter-in-place.

Let’s bring it all the way back to the early 2010’s. The Upper East Side inspired show was, and always will be, a nostalgic favorite to those our age. Instead of posting a truth is on Facebook to stifle the boredom, let this high school trend stifle the boredom instead

This newer show, available on Hulu, is an up and coming binge-worthy favorite. ISU senior, who is currently quarantining at school, Kayla Tepper, says, “I, personally, think this stupidly funny show is a great way to add some humor to anyone’s time stuck at home.”

Two words, Brooke Davis. Besides that, this show is a Hulu streamed nostalgia igniting machine that will take viewers through each characters lives full throttle, high school, adulthood and all.

With the final season soon premiering on Netflix, this devil loving show is four seasons of parodic fun. With several playful puns involving the Bible, this show is bound to not only keep viewers at the edge of their seat with a few chuckles in between.

"How I Met Your Mother"

Well, now that Netflix is no longer showing Friends, it is time to focus on the superior sitcom. This show, focused in New York City with five friends, is the perfect light-hearted yet relatable way to mosey viewer’s way through boredom.

This new Netflix original series is a dating show for the ages. The unique layout of the show, allowing couples to only speak but not see who they are getting engaged to, has been all the buzz in the past few weeks when it comes to pop culture.

The show that everyone knows, and loves, that will never get old thanks to Netflix. Why let it get old when there is nothing else to do? Plus, Michael Scott always needs a little extra TLC.

Can anyone get sick of Jess and her boys? Absolutely not. What a better way to distract from a pandemic than list to Schmitt joke all day on Netlfix?

How to cope with COVID-19 life changes

With the ever growing pandemic, and its ability to ever change this hopefully short period o…

Lopez: Losing commencement is not without looking back on good times

For the graduating seniors at Illinois State thank you. We did it despite all the obstacles.

Movies to watch while stuck at home

Staying motivated while in a confined space

Going home for the weekend always felt like a good getaway from the school life, but due to the recent pandemic causing isolation among us all…