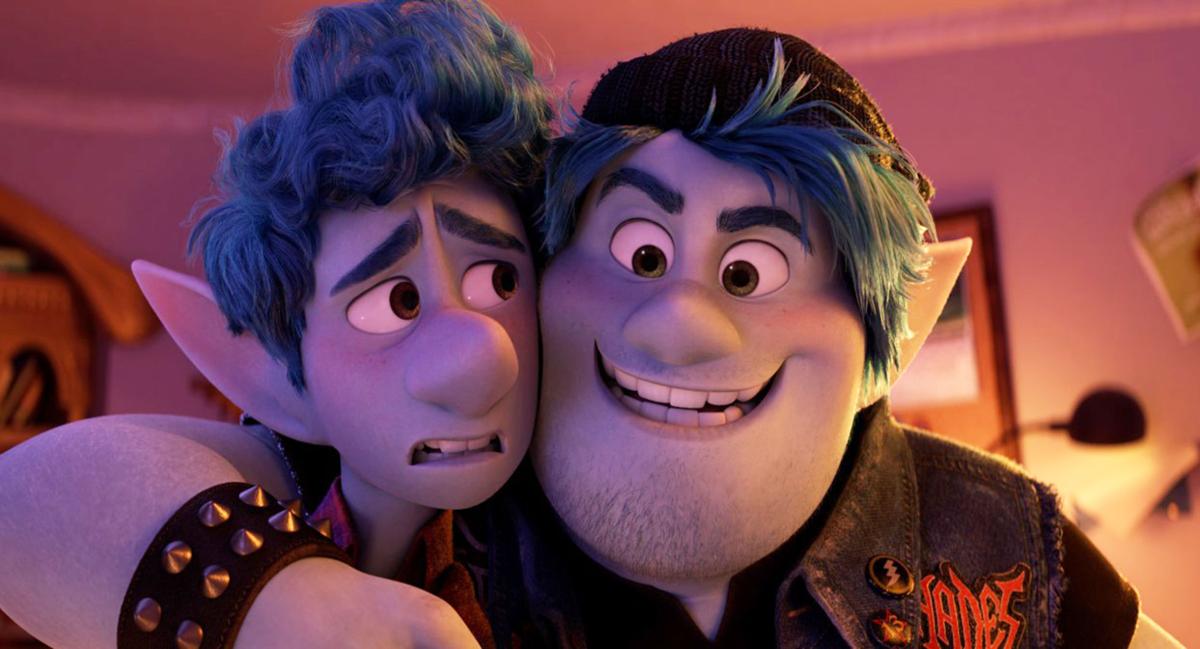 Chris Pratt and Tom Holland on their brotherly bond in 'Onward.' (Pixar/TNS) 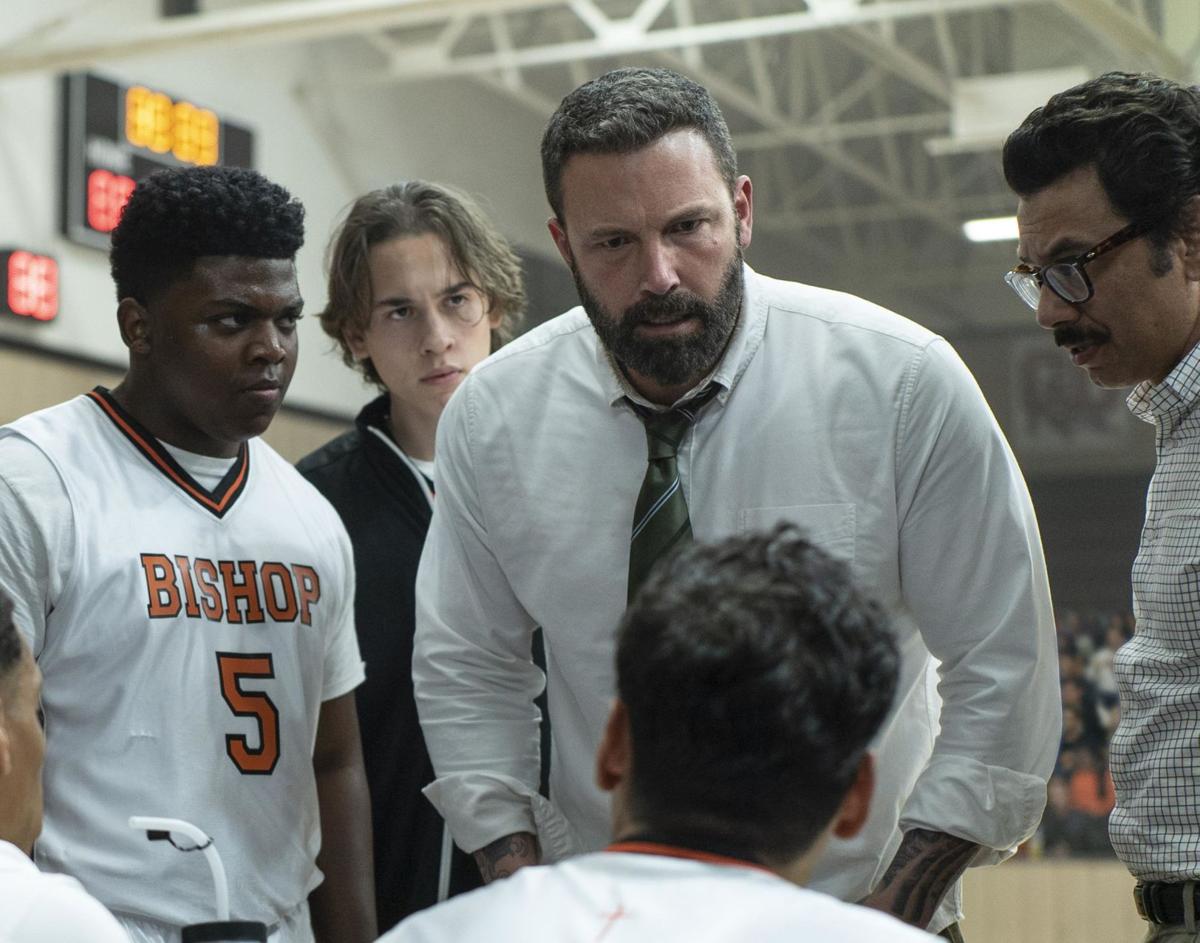 This image released by Warner Bros. Pictures shows Charles Lott Jr., left, Ben Affleck and Al Madrigal in a scene from "The Way Back."

Jane Austen — meet Elisabeth Moss in a fight for her life against something she can’t even see.

The quarantined citizen’s home streaming life just got a little more interesting, and crowded, with the unprecedented early online viewing availability of some major 2020 titles. The films, to varying degrees, were laid low by COVID-19 and the cumulative global shut-down of movie theaters, along with virtually everything else.

Here you go, and there you have them.

A manic, moderately diverting babysitter of a Pixar movie, “Onward” does get there by the end — “there” being the place where the freneticism recedes, the main characters’ emotional setbacks and defenses crumble and the audience is encouraged, by every possible storytelling mechanism, to cry along with the teenaged brothers voiced by Tom Holland and Chris Pratt. Now available on on-demand and on Disney Plus on April 3.

With “The Way Back,” Ben Affleck didn’t have to deliver his biggest or most attention-getting performance, simply — and simplicity is hard — his truest. Available on-demand on March 24.

“Bloodshot” wants to be a treatise of sorts on privatized surveillance, artificial intelligence and war profiteering. And in many ways, it pulls that off. Sony Pictures has announced plans to start digital sales of the film on March 24.

The new film “Dolittle” proves there’s more than one way to spell “Dolittle,” its preferred spelling being “J-u-m-a-n-j-i.” Available to stream on March 24.

Available to purchase on Amazon, iTunes and more on March 24. Available to stream on-demand April 7.

The latest “Emma,” marking the feature directorial debut of Autumn de Wilde, is a little edgier, driven by a more ambiguous and emotionally guarded portrayal of the blithe young matchmaker played by Anya Taylor-Joy. Available to rent on March 20.

The good-enough success of “Frozen 2,” then, deserves medium thanks and your allotted Disney money. Available to stream now on Disney Plus.

“The Hunt" itself hasn’t changed, unfortunately. It’s a lame and weaselly thing, made strangely more frustrating by some excellent performers. Available on on-demand services beginning March 20.

The latest film version loosely adapting the Wells story exploits it both ways, subtly and crassly. It works, thanks largely to a riveting and fearsomely committed Elisabeth Moss mining writer-director Leigh Whannell’s stalker scenario for all sorts of psychological nuance. Available on on-demand services March 20.

“Just Mercy” is solid, meat-and-potatoes docudrama filmmaking, if you don’t mind a first-rate story of systemic injustice undercut by second-rate dialogue. Available to digitally own March 17 and available on-demand March 24.

‘Star Wars: The Rise of Skywalker’

“Star Wars: The Rise of Skywalker” does the job. It wraps up the trio of trilogies begun in 1977 in a confident, soothingly predictable way, doing all that is cinematically possible to avoid poking the bear otherwise known as tradition-minded quadrants of the “Star Wars” fan base.. Available to stream on Amazon, iTunes and more.

‘Blow the Man Down’

It’s an efficient, well-acted thriller from the writing-directing team — relative newcomers to features — of Danielle Krudy and Bridget Savage Cole. Filmed two years ago around Harpswell, Maine, north of Portland, and streaming as of Friday on Amazon Prime, it serves handily as a staycation inside whatever walls currently proscribe your field of vision. Available to stream on Amazon.

Ratings by the Motion Picture Association of America are: (G) for general audiences; (PG) pa…

Well, that was disappointing. As one of the worst “The Bachelor” seasons has finally come to a close, bachelor nation is relieved to be moving…

Movies postponed due to COVID-19

The COVID-19 pandemic has delayed the release of a numerous number of movies around the world. Here’s a list of a few notable movies that are …