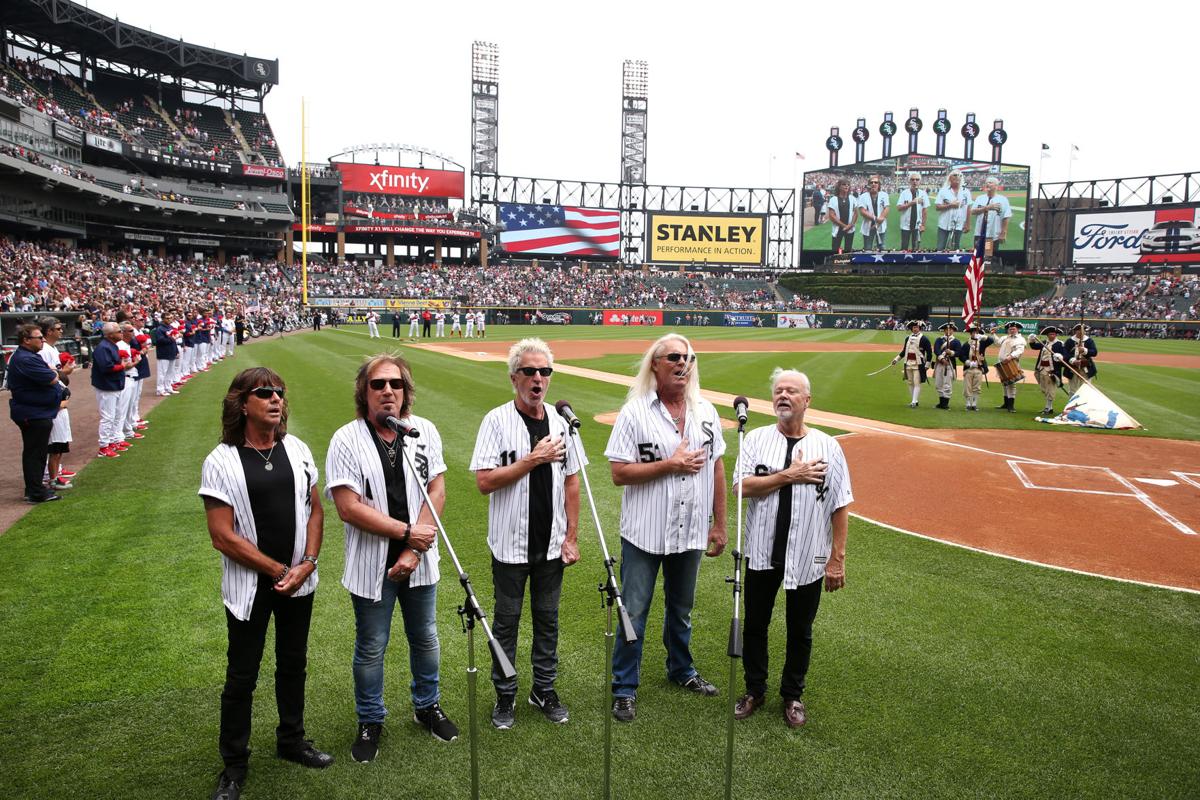 REO Speedwagon sings the National Anthem before a game between the Chicago White Sox and the New York Yankees on Monday, July 4, 2016, at then-U.S. Cellular Field in Chicago. The ballpark is now known as Guaranteed Rate Field. 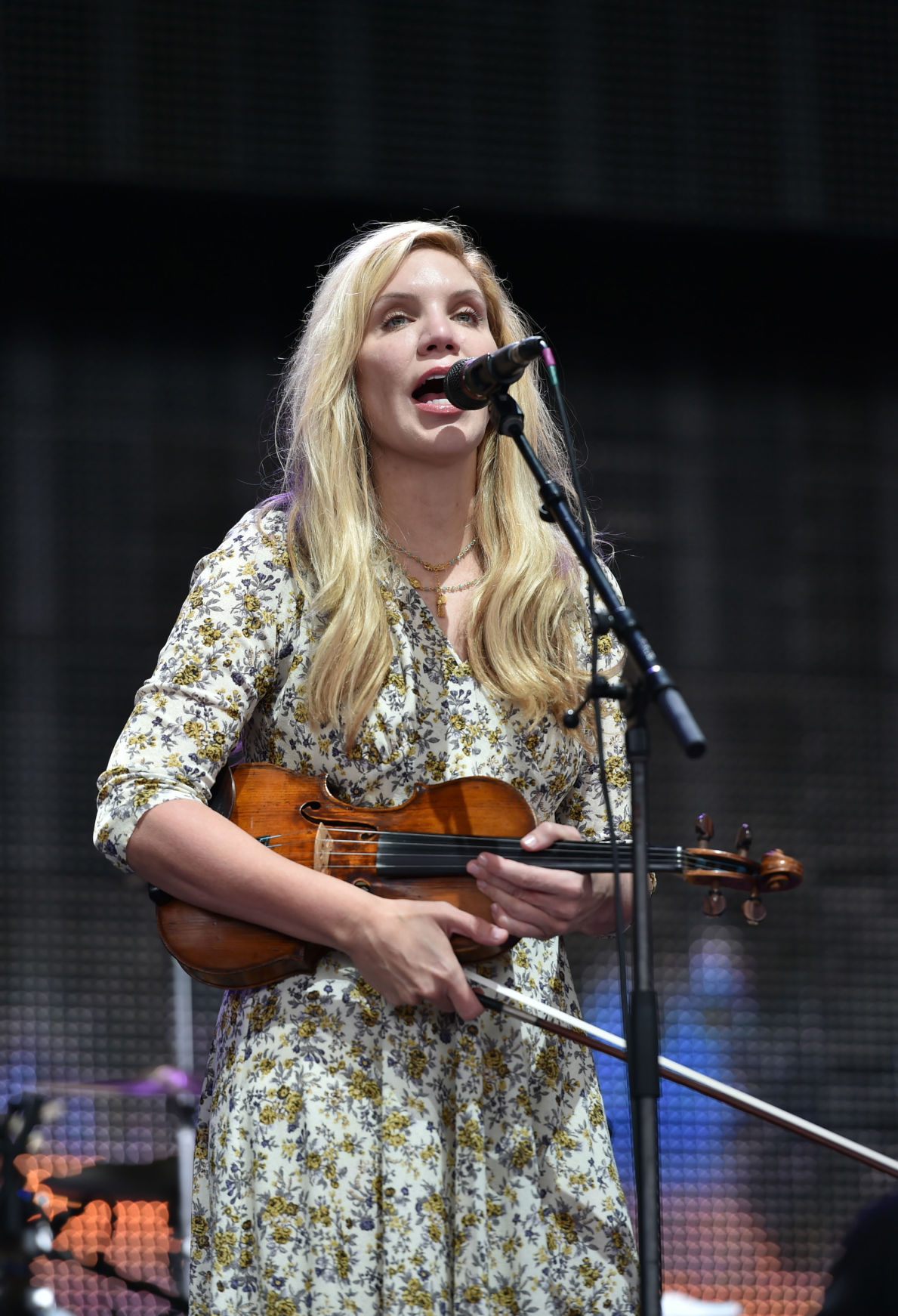 Alison Krauss rocks the crowd at Farm Aid 31 on September 17, 2016 in Bristow, Virginia.

They started as a University of Illinois garage band and reached the heights of arena rock. Now the members of REO Speedwagon have been voted the top musicians in Illinois history by participants in the Illinois Top 200 project, a part of the state's bicentennial celebration.

REO Speedwagon was followed by Alison Krauss, the fiddler with an angelic voice and more Grammy wins than any other woman in history, and Nat King Cole, the beloved crooner and trailblazing African-American entertainer.

"Perhaps nothing better represents the state's cultural and geographic diversity than its many contributions to American music. The most remarkable thing about this list is how many people on it were major contributors to different styles of music: blues, jazz, rock, soul, country, you name it," said Christian McWhirter, a Lincoln Presidential Library historian and music expert. "And it's not just Chicago, either. These great acts come from all over the state."

The Illinois Top 200 project lets Illinoisans vote every two weeks on the most inspiring leaders, greatest inventions, top businesses and much more. By the state's 200th birthday on Dec. 3, voters will have chosen 10 favorites in 20 different categories -- the Illinois Top 200.

Here are the top 10 Illinois musicians chosen in online voting:

1. REO Speedwagon -- Formed in 1967 in Champaign, REO Speedwagon has sold more than 40 million records and charted 14 Top 40 rock and pop hits, including "Can't Fight This Feeling."

2. Alison Krauss -- Born in Decatur and raised in Champaign, Krauss is a virtuoso bluegrass fiddler and singer. She released her first album at 16. She has won 27 Grammys, more than any other woman. Hits include her version of "When You Say Nothing at All."

3. Nat King Cole -- Cole grew up in Chicago and became a legendary jazz pianist and vocalist, recording and charting over 100 pop hits. He was the first African-American to host a TV variety show.

4. Cheap Trick -- The band formed in Rockford in 1973 and enjoyed their first huge success in 1978 with the album "Cheap Trick at Budokan," which included the hit "I Want You to Want Me." They were inducted into the Rock & Roll Hall of Fame in 2016.

5. Miles Davis -- Raised in Alton and East St. Louis, Davis became a revolutionary jazz trumpeter. He was a key figure in developing bebop and jazz fusion. His "Kind of Blue" is the best-selling jazz album in history.

6. Benny Goodman -- The "king of swing" grew up in Chicago, the child of poor immigrants from Warsaw. He learned to play clarinet and became one of the most influential performers and band leaders in jazz history.

7. Buddy Guy -- For nearly 50 years, Guy has played music that is all his own, blending Chicago blues with rock, soul and jazz. He is in the Rock & Roll Hall of Fame and has won seven Grammys.

8. Earth Wind & Fire -- Founded in Chicago in 1970, they are one of the most successful bands of all time, with spots in the Rock & Roll Hall of Fame and the Vocal Group Hall of Fame and over 100 million records sold.

9. Muddy Waters -- Waters was born in Mississippi but ended up as the ultimate Chicago bluesman with songs like "I'm Your Hoochie Coochie Man" and "Rollin' Stone." He is in the Rock & Roll Hall of Fame.

10. Sam Cooke -- Influential as both a singer and composer, Cooke is often called the "King of Soul." He started as a gospel singer in Chicago but switched to secular music and had 29 U.S. top 40 hits.

The Illinois Top 200 is a joint initiative of the Abraham Lincoln Presidential Library and Museum, The State Journal-Register and the Illinois Bicentennial Commission.

Future categories include actors, leaders and unforgettable moments. Everyone is invited to suggest possible nominees in each category by using the hashtag #ILtop200 on social media.

By state's 200th birthday, voters will have chosen 10 favorites in 20 different categories.

Everyone is invited to suggest possible nominees in each category by using the hashtag #ILtop200 on social media.