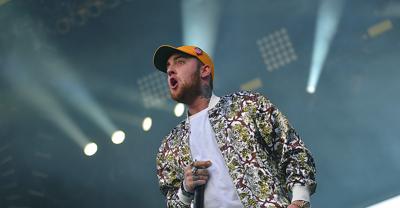 Late rapper Mac Miller has released a new album, "Circles," postmortem thanks to the help of his producers and family members. The popular artist was working on the album before his unfortunate passing that left fans wishing his talent wasn’t taken so soon.

The songs were thankfully finished before his passing but during the mourning the family had many decisions to make regarding his creation. They decided, evidentially, that his talent should still show, even if it is from the grave.

The single that was featured from the album, “Good News,” was a must listen the second it was released. The song reflects a somber, yet upbeat, reality of what Miller dealt with as a star. This is regarding his mental health, which was affected by society’s ability to only desire good news, even if that is not reality.

The single quickly skyrocketed to his most listened song on Spotify.

The entirety of the album, which contains 10 songs total, is an overall reflection of his later works during his musical career. With the album being produced postmortem, it is executed extremely well.

Songs on the album, not including the single, also rose to his top five songs on Spotify. These songs include “Blue World,” “Hand Me Downs,” “I Can See” and “Circles."

“‘Circles’ flows more beautifully than any project Miller has released before. This album was certainly a tribute to his self-growth while he was obviously struggling through hard times," avid Mac Miller fan James Giblin said. "It feels good to know that he saw a light at the end of the tunnel while he was working on this work of art.”

This album gave fans and family alike a sense of closure after the artist’s tragic and sudden death. It was a beautiful capstone to his career as an artist, and an ode to his amazing life.

2019 albums to rock out to before the new year

2019 was a big year for music. Popular artists across many genres released albums and single…

Alternating between one earbud to stay comfortable laying on my pillow, I went to bed Saturd…

Bialas: Soak up every opportunity you can before senior year

We all know what it’s like to get to campus, move in and watch your parents leave you behind in a cold, plain brick room. It’s terrifying. The…