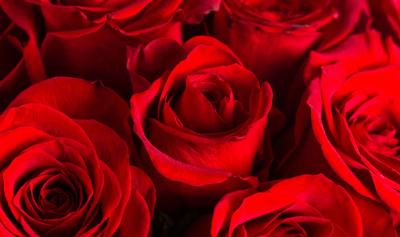 Well, that was disappointing. As one of the worst “The Bachelor” seasons has finally come to a close, bachelor nation is relieved to be moving on with the train wreck that was this season.

Pete the Pilot, or Peter Weber, was chosen as the bachelor after Hannah Brown’s season. He was not necessarily a fan favorite, but also was not expected to do so poorly during his time as the show’s star. Regardless to say, his quest for love was less than impressionable.

As Chris Harrison likes to say, “This will be the most dramatic season yet”. Well, Chris was right, but in a way that was unappealing to viewers. The female contestants on the show, more than usual, were focusing less on love and more on starting arguments.

Several of the contestants were in their early to mid-20s, showing a lack of maturity that is needed to become engaged. This led to catty fights and petty plot twists that made the show completely despicable to watch. It all, for lack of a better term, felt very high school.

The bachelor himself, also, led into this drama. While rewarding this kind of behavior, he also managed to be immature in his own decision making.

During his time as the bachelor he managed to get into not only a love triangle but involve the past bachelorette and his mother in his relationships.

Hannah Brown came back early in the season to confess her still present feelings for Peter, but then left. After leaving, the bachelor nation found out that he also reached out to her after his engagement to Hannah Ann.

Hannah Ann, whom he got engaged to at the end of the season, was a fan favorite from the beginning of not only the public and Peter, but also his family. His mother, Barb, became infatuated with her. Sadly, the two broke their engagement off.

Why? Well, the runner-up, Madison, was still on Peter’s mind despite leaving on her own two days before the finale. He was given one choice, to propose to Hannah Ann, and took that choice despite his feelings for not only the past bachelorette, but also the runner up.

Madison and Peter, despite a vast amount of disapproval from his helicopter mom, gave it another go. Since that go they have since broken up.

All of this led to bachelor nation wanting change, so hopefully the franchises push for an older cast in the near future will bring better TV and less high school drama.

Since “Sanditon” premiered Jan. 12 in the United States, I have been fully invested every we…

Jane Austen — meet Elisabeth Moss in a fight for her life against something she can’t even see.