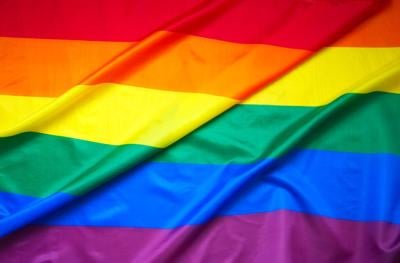 Stores are filled with heart-shaped chocolates, teddy bears and flowers. Advertisements show couple giving each other gifts and proposing, and the latest romantic comedy is bound to hit theaters.

It’s clear that Valentine’s Day is right around the corner, and Cupid’s arrow might be striking down. But, on what kind of couples?

“I still see a majority of heterosexual relationships [in Valentine’s Day advertisements.]” senior middle level education major Morgan Faulkner said. “I have seen a few homosexual relationships portrayed in various ads, but it still surprises me because I’m not used to seeing it in the media.”

Faulkner adds that Valentine’s Day can add a certain “pressure” on people. Pressure to be in a relationship, pressure to buy and pressure to fit the mold that is show in these advertisements.

“Valentine’s Day ads make me feel pressure to be ‘loved’ or to feel extra special on that day,” Faulkner said.

Often times these ads are geared toward straight couples, and don’t consider how many LGBTQ+ people are going to be exposed to these ads.

“Whenever we, in the LGBTQ+ community, are displayed, I personally get irritated because it always looks like a publicity stunt,” senior history education major Beau Kallenbach said. “I want to see same-sex couples without an ad making a scene or pointing out that they’re gay.”

Kallenbach mentions how he saw a same-sex couple being portrayed in a commercial but hasn’t seen another in a while.

“I saw one jewelry commercial that was trying to hint that same-sex couples exist by saying “from him to her and everything in between,’” Kallenbach said.

Faulkner mentions that when same-sex couples are displayed, it’s in a positive way.

The language around Valentine’s Day can push narratives of what couples should look like, whether that is intentional or not.

Surroundings can play a major role in how people feel. If people only see Valentine’s Day ads showing straight people smiling, laughing and getting engaged, they might put this “norm” into their mind.

However, some feel that the holiday is pointless, and the goal is just to sell teddy bears, chocolates and diamonds.

“Valentine’s Day is just a Hallmark holiday,” Faulkner said. “I truly think that if you are with someone and you love each other, each day is a day to celebrate your feelings for each other.”

“Right now, Valentine’s Day is seen as the only day to celebrate your significant other,” Faulkner said. “I would love to see Valentine’s Day turn into a reminder to love your partner and to do something special for them if you haven’t in a while.”

Whether or not people care for the holiday and participate in it, having representation still matters. There needs to be a variety of couples shown in advertisements, because outside of those ads there is not just one type of couple.

“I’d like Valentine’s Day ads to be more diverse across the board, not just with same-sex couples but with interracial couples and other under-represented groups,” Kallenbach said.

How to survive Valentine's Day while single

So, here we are. It is Valentine’s Day and some of us are undoubtedly single yet again.