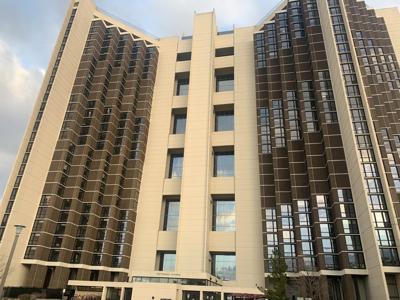 It’s not as simple as packing up and heading home for a few weeks.

Illinois State University announced on March 11 that all university owned housing will close due to concerns with the coronavirus pandemic and the health and safety of campus community members.

All of this was delivered in an email from President Larry Dietz.

“Within 10 minutes [of receiving the email] I was on the phone with Pride’s adviser,” Pride President Emily Patterson said. “Both of us knew what this meant for a lot of students is a loss of income, loss of housing and a loss of support systems. We were worried.”

Pride at ISU is a campus organization which works to advocate for students in the LGBTQ+ community by working with administration to make sure the needs of these students are being fulfilled.

For the past week, Pride has been especially advocating for these students and more.

“This is really going to effect a lot of students from a myriad of backgrounds,” Patterson said.

After the email, Pride got to work. Patterson contacted Pride Adviser Charlotte Coberley along with the organization’s Executive Board.

“We came together and realized this is going to be an immediate need for our students,” Patterson said.

"This is really going to effect a lot of students from a myriad of backgrounds."

The next morning following the announcement of an extended spring break, online classes until April 12 and the closing of university-owned housing, Pride released an Emergency Needs Survey.

The survey allowed Pride members to contact students who need assistance during this time. Students could also describe their concerns with the housing closure, and what would be affecting them the most. Concerns included housing, food and internet access along with a blank space for students to write in any other concerns they had.

Pride found that the most significant needs were for food and safe housing.

“[There are] a lot of folks that don’t have supportive places they can go home to, or they don’t have anywhere to go home to, period,” Patterson said.

Patterson adds that students from Heartland Community College have also been filling out the form, as their school has also closed due to COVID-19 concerns.

“For our folks that I’ve talked to who are looking for resources it’s been a lot of tough conversations,” Patterson said “[People saying they] don’t have somewhere they can go or if they go home it will be mentally detrimental or bad for their academics. [They might not] know where their next meal is coming from.”

After a student fills out the form, Pride will reach out to them, letting them know that they are working on what options they have available.

Community members have also reached out to Pride, offering housing and resources to those who need it.

“I had two people within an hour of the form going up text me directly saying ‘Hey I have room if you have folks who need it,’” Patterson said. “I think that’s really incredible to show how amazing the LGBTQ+ community and the larger Bloomington-Normal community as a whole is.”

Housing closures and social distancing can also take a toll on relationships formed at the university, the support groups and communities students have come to form during their time at ISU.

“Seeing people stepping up and showing that they’re ready to help out people in their community really speaks to what we need right now."

“For folks who have really found their home on college campuses and who rely on those support systems [it] is going to be really detrimental,” Patterson said. “We’re lucky we have video chat, social media and things like that, but I still think it’s going to take a big toll on all of our students.”

For the Emergency Needs Survey, Pride has gotten a large amount of support and students saying that they need assistance.

“Seeing people stepping up and showing that they’re ready to help out people in their community really speaks to what we need right now,” Patterson said.

Currently, Pride is working on assisting those who filled out the survey and evaluating what needs to happen. Whether that is finding students a place to stay at community member’s houses or other students’ apartments or crowdsourcing food donations.

Those interested in helping with the cause in whatever way can contact Pride on any social media platforms or by emailing prideilstu@gmail.com.

Patterson adds that once Pride gets an action plan of what students need right now, then they will be able to do more reach out efforts to recruit those able to help.

“Check in on your neighbors, peers, classmates, roommates and friends because you don’t know what situations other people are in,” Patterson said. “And check in on folks mentally, emotionally and ask if there are any resources that the people around them are needing.”

Gallery: A quiet Quad awaits the return of ISU students and staff

Twelve more COVID-19 cases in Illinois, bringing the total to 105

When freshman anthropology major Irene Flores left campus for spring break, she did not know she was saying goodbye to her friends at Illinois…

Dorm residents to receive refund on some housing costs