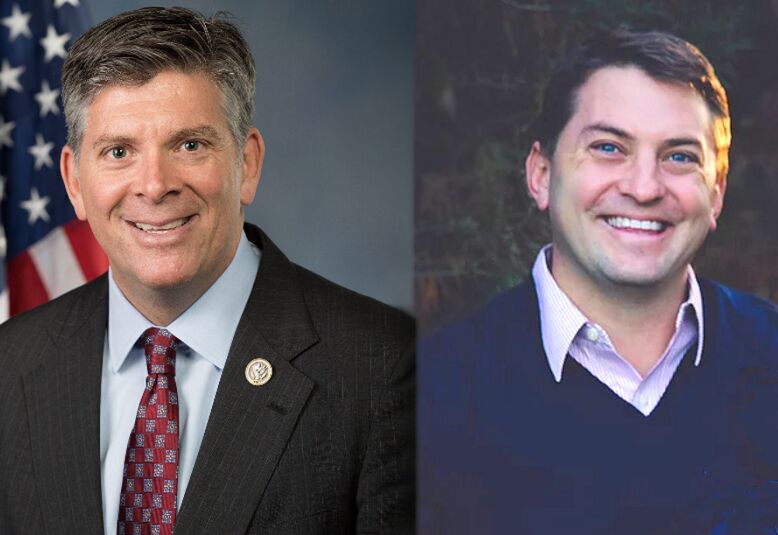 LaHood is a Peoria native and has served as representative for the 18th congressional district for five years. He assumed office on Sept. 17, 2015.

From 1997 to 1999 he was a prosecutor in Cook County and then became a prosecutor in Tazewell County from 1999-2001. After being a prosecutor and an adjunct professor in Nevada, LaHood then moved back to Peoria to practice law before becoming a member of the Illinois Senate from 2011-2015.

He is also in the U.S. Joint Economic Committee and a member of the U.S.-Cuba working group.

Born and raised in central Illinois, Petrilli resides in Springfield with his wife Kasey and their 2-year-old son Teddy.

EDUCATION: Bachelor's in electrical engineering, University of North Dakota, economics and chemistry at U of I Urbana-Champaign, Law School, Southern Illinois University

He attended University of North Dakota where he earned a Bachelor of Science in electrical engineering, the University of Illinois at Urbana-Champaign for economics and chemistry and attended Law School at Southern Illinois University.

From 2004 to 2007, he worked for the Office of the Governor, then went on to practice law from 2010 to 2013. Currently, Petrilli has his own practice, The Law Office of George R. Petrilli, that is dedicated to helping start-up companies, small businesses and individual entrepreneurs navigate the patent process and difficulties of operating a business.

LAHOOD ON THE ISSUES

Supports in repealing and replacing the ACA with a patient-centered and market-based approach for healthcare. LaHood believes healthcare decisions should be made between the doctor and patients.

He is pro-life and is against federal funding for abortion. LaHood co-sponsored the No Taxpayer Funding for Abortion Act.

LaHood is endorsed by the NRA and the Illinois State Rifle Association for the Republican special primary election. He has voted no on background checks for every firearm sale.

He co-sponsored a bill that will improve accountability and transparency in law enforcement. The JUSTICE Act would require reporting on the use of force incidents or no-knock warrants, data on use of force that results in serious bodily harm, or discharge of a firearm.

Overall, he believes it will bring meaningful reform to law enforcement.

PETRILLI ON THE ISSUES

PETRILLI ON THE ISSUES

Petrilli wants to build on and expand on the current healthcare system. He wants to keep it as a universal or single-player system. He believes in the expansion of Medicare, control of prescription drug prices and set an established standard of care and access for rural and low-income areas.

For protective public safety, Petrilli believes restrictions on gun control such as criminal background checks and closing loopholes for the free transfer of weapons to individuals who have forfeited their right to bear arms by engaging in harmful and dangerous behavior.

He also believes racism and discrimination are a serious threat.

The 88th House District represents portions of McLean and Tazewell counties. Cities include …

Voting is one of the easiest forms of participation in the United States democracy.

The 13th Congressional District includes a portions of McLean. Other counties in the district include  Bond, Champaign, Madison, Sangamon Chri…