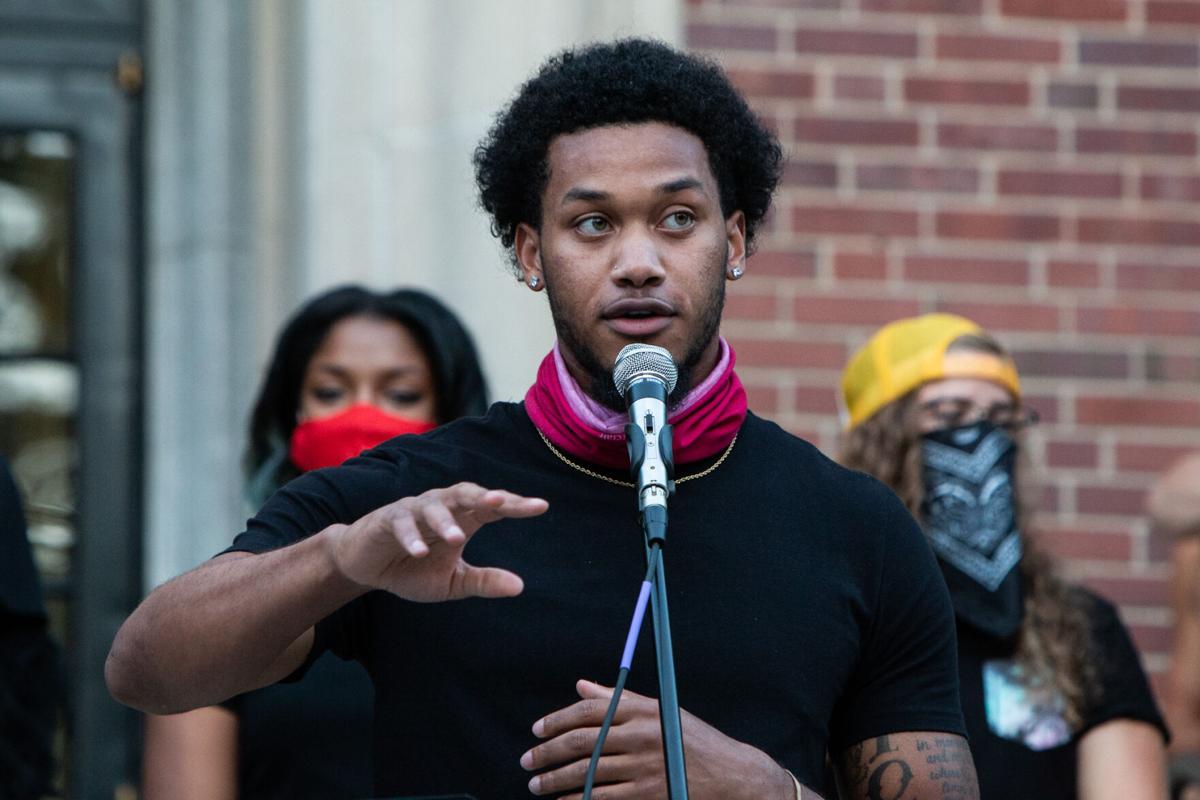 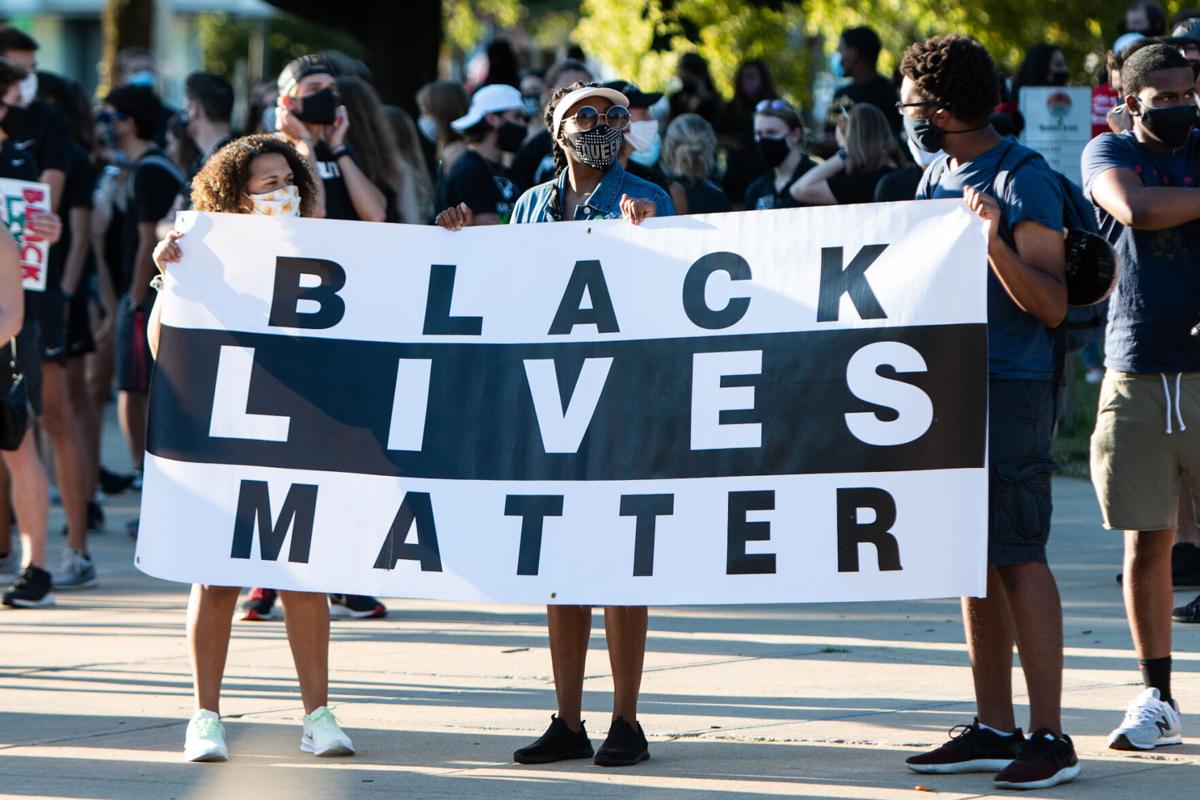 It was an emotional start to Labor Day weekend for those who attended the Athletics March for Black Voices, hosted by Illinois State University student-athletes Friday.

The final speaker of the day, graduate track and field athlete Jordan Wilkerson, was brought to tears as he addressed ISU students, staff, athletes, administration and even ISU President Larry Dietz for over 10 minutes.

“It is traumatic talking about this every day. It is just emotional when you talk about that. You could feel the pain here. I am passionate about this. I went to my first protest and I knew I was willing to die that day and I am very passionate about bringing on change.”

Wilkerson was the last of seven ISU student-athletes to talk during the protest, starting at the north entrance of Redbird Arena by the Will Robinson and Doug Collins statues. Luke Nelson, Taylor Weaver and Kimathi Johnson opened with brief speeches before leading the crowd on a march around campus.

Before setting off Johnson told the crowd, “It does not stop here or after this march. It does not stop when the athletic department reforms. It stops when injustice stops,” Johnson said. “All lives don’t matter until Black lives do.”

The march started at Redbird Arena, went to the bridge onto the Quad where they finally stopped at Hovey Hall. During the walk, a variety of chants could be heard from the crowd from, “no justice, no peace” to calls for ISU Athletic Director Larry Lyons job.

At Hovey Hall sophomore volleyball player Paige Hillard addressed the crowd calling for accomplices in their fight for social change. Julian Haynie followed saying, “We want to be loved by society but not just for playing a sport or as entertainment.” Soccer’s Jenny Scara called for white Americans to use their privilege for change.

Wilkerson capped off the rally with a speech that started by reflecting on Black heroes who were lost this year before moving on to eliminating racism in America.

“Now is a time to speak out to your peers, family members or anyone you encounter that are systemically oppressing black people or being racists,” Wilkerson said. “Black people have to be brave when they don’t want to be. Create a safe space in your Black peers. Speak out and correct any dialogue that contains stereotypes, oppression or hate. Be an ally. Don’t live in your comfort of white privilege because it doesn’t affect you. It should. It should bother you; you are being a coward. I don’t want to attack anyone’s character but suppressing the truth got my people killed.”

After the march Wilkerson and athletes want to make one thing clear.

“Change is the next step,” Wilkerson said. “I hope administration responds to us in a good way. I hope they come up with a well sound plan with us. I hope athletes feel safe here and a place that is their own. We definitely want change.”

Jordan Wilkerson: From the track field to the frontlines of change

Screams and chants of “Black Lives Matter”, “George Floyd”, “no justice, no peace” from restless, emotionally-drained, sweating-profusely, and…

Illinois State University Athletic Director Larry Lyons announced his plans to retire toward the end of the year at 5 a.m. Friday. The abrupt …

In a whirlwind of news released before dawn Friday, Illinois State University Athletic Director Larry Lyons announced plans to retire at the e…