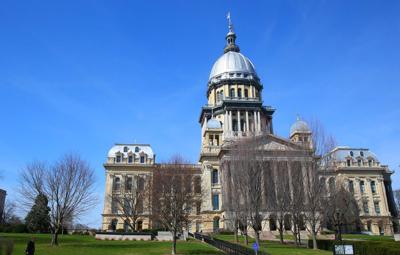 Bloomington-Normal lawmakers have expressed concern over the proposed adoption of a graduated income tax in Illinois to replace the flat-tax currently used.

Voters in Illinois will vote on the proposed amendment to the state constitution in the November 2020 general election. The proposal was officially sent to state voters Monday by a party-line vote of 73-44 in the state House.

"Why would you throw more tax dollars at the problem without any reforms? Without any structural changes? To me that's like tasting sour milk in your refridgerator, putting it back in, and hoping it's gonna taste better the next day you take it out. It won't."

“A graduated income tax will make it easier to raise taxes and even easier to play games with our state’s Tax Code. I believe the crafters of our current Constitution, which included a flat tax and was embraced by the people of Illinois, designed it specifically to protect middle-income families from politicians. We have proven over the past few years how easy it’s been to raise taxes in Illinois. A graduated income tax will make it even easier and, in fact, open the door for future tax increases. Today, I chose to stand with the middle-income families of Illinois and against this $3.4 billion tax increase.”

“This plan provides absolutely no protection for middle income families. We’ve already seen these proposed rates change during the spring session, and common sense says that these rates will probably go up every time the state is having trouble paying its bills. To be clear, I voted against a $3.4 billion income tax hike that will kill job growth and further weaken our state’s economy. In reality, this is very likely the first step in a number of punishing tax hikes moving forward.”

How will you vote in 2020 on the proposed graduated income tax plan in Illinois?

In a historic vote, the Illinois House on Monday agreed to ask voters to change the 1970 state constitution by authorizing a graduated-rate ta…