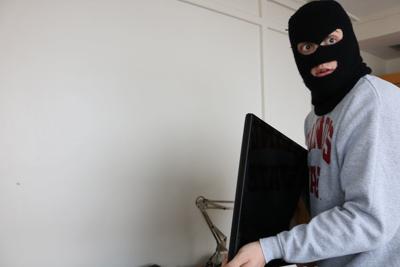 Bloomington police said in a Facebook post Wednesday that they are noticing a possible trend in burglaries into 2020.

BPD said the burglaries are occurring during midday on Tuesdays and through unlocked windows.

The data was gathered from Community Crime Map, which collects and maps out crime data for most of the country. In Bloomington, according to data, theft is the most common crime in Bloomington, at 42.8%. Only 28 total cases were measured in the community during a month-long period.

"So far in 2020, it appears we have a possible trend of residential burglaries that are unfolding," the post said. "They are occurring during the daytime and on Tuesdays when the suspect more than likely believes no one is home. The suspected point of entry is unlocked windows."

Ways to Prevent Burglary from BPD

Install a security system. 83% of burglars say they’ll leave a home if they see an alarm system or an alarm company sign in a yard or window.

Hide your valuables. Burglars head for the bedroom first to look for cash, jewelry, guns and other valuables. Hide them in places they don’t expect.

Lock your doors and windows. Many burglars don’t have to “break” in; they walk in through an unlocked door. Door and window alarm sensors alert you to comings and goings.

Be careful who you let in. It’s easy to copy a key: just ask any housekeeper, babysitter, dog walker or ex boy/girlfriend.

ID your belongings: Engrave your phone number or other identifying information on electronics and other valuables. Keep a record of all serial numbers.

Don’t hide a key. Burglars may be crooks, but they aren’t stupid. They know to look under the doormat or flowerpot.

Trim the bushes. Tall bushes and landscaping help burglars enter and leave without anyone noticing.

Don’t let mail & newspapers pile up. Some burglars will blanket a neighborhood with pizza flyers on the doors, then come back the next day. Those uncollected flyers advertise that nobody is home.

Close the blinds. Burglars like to window shop as much as you do, so take care that your valuables aren’t on display.