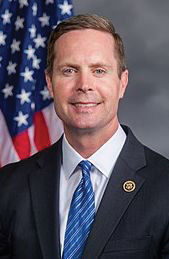 President Donald Trump is third president to have been impeached in the United States, following the historic vote made Wednesday evening.

Both articles passed with a slight majority of 54%; the U.S. House of Representatives charged Trump with abuse of power regarding his alleged dealings with Ukraine to investigate political opponent Joe Biden. He was also charged with obstruction of Congress.

With a passing vote, his case will go the Senate. There the Senate will act as a jury in which he will either be convicted and removed from office or acquitted.

U.S. Reps. Rodney Davis (R-Taylorville) and Darin LaHood (R-Peoria) voted against the articles of impeachment. Davis released a statement following his no votes.

"I will not vote to remove a duly elected president of either party or bar them from running without a legitimate independent investigation and proof of a crime, neither of which exist in this case," Davis said. "I am hopeful we can put this kind of partisanship aside and move forward on bipartisan legislation to improve the lives of hardworking American citizens."

LaHood also released a statement, which can be read below.

I am voting no on both articles of impeachment tonight. Read my full statement ⬇️. pic.twitter.com/tygrqmg3oE

As of 6:43 p.m.: The Senate has officially voted to go on without calling witnesses.