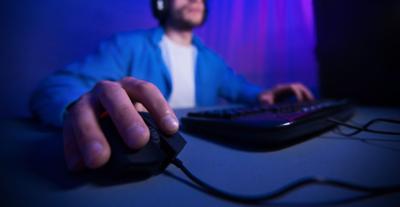 The Heartland Board of Trustees voted to approve the addition of a competitive online video gaming team during its meeting Tuesday.

Esports is the term used when referring to competitive gaming. Esports is considered one of the most rapid-growing collegiate team activities and is offered by more than 600 colleges and universities throughout the United States and Canada.

“Esports competitors are technology-savvy, adept at problem solving and must understand how both creativity and teamwork lead to success,” Skylar Guimond, director of student engagement said.

“We’re excited to add this co-curricular program as an option for students in our district looking to play esports at a competitive level.”

According to a release, Heartland will compete as a member of the National Association of Collegiate Esports (NACE), a nonprofit organization comprised of over 170 institutions.

The Hawks Esports varsity team will consist of 12 students who will play “League of Legends” in competition with other NACE collegiate programs.

“The Heartland esports program will offer varsity-level competition with the same standards of accessibility, diversity and inclusion that are core to our college mission,” Sarah Diel-Hunt, vice president of enrollment and student services said.

“Having Heartland represented in the growing world of online video gaming is another way we are building community on campus and throughout our district.”

Heartland announced plans to hire a part-time coach for the Hawks Esports program during the spring 2020 semester. The team will start recruiting esport athletes to compete in the fall of next school year.

Starting in the fall semester of 2020, Illinois State University will be the next school to …

Built with a lifelong passion for gaming and love for Illinois State University, alum David …