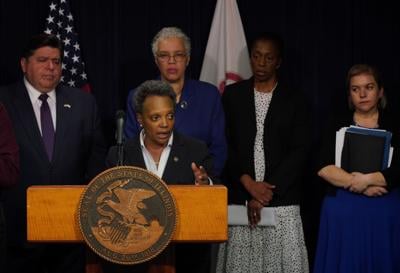 The Illinois Department of Health announced 250 new cases of COVID-19 within Illinois March 24, totaling 1,535 cases in 32 counties across the state.

This brings the total number of deaths in the state to 16.

Gov. JB Pritzker continued to speak on behalf of how he feels President Donald Trump is handling the crisis with COVID-19 during the daily press conference March 24.

Pritzker stated that his decisions for the state of Illinois are coming from the science of the virus, claiming that Trump is doing the opposite.

“I don’t think he’s listening to the science. He’s operating [and] looking at the stock market, which I know he essentially judges himself by making decisions in that way,” Pritzker said.

“Look, I understand that what’s happening now is very, very difficult for families all across the nation. Everybody is suffering financially from this, and some more than others. This is something that weighs on all of us.”

Along with Pritzker’s request for retired professionals to return to the field to help eliminate COVID-19 late last week, approximately 115 members of the Illinois National Guard medical profession have joined Pritzker and his administration to help with the fight against COVID-19.

“I know I sound like a broken record, but if I have to stand here every single day until I’m blue in the face and advocate that the federal government fully utilize [the Defense Production Act], then I will,” Pritzker said.

“This is the reality. There is a finite supply of critical resources available around the world right now. There is an enormous supply of governors and countries trying to get those resources.”

Eight cases in McLean County, officials say Illinois is in 'ramping up' stage

There are now eight confirmed cases of COVID-19 in McLean County, including the resident who…

For the second day, no new cases of COVID-19 have been reported in McLean County.