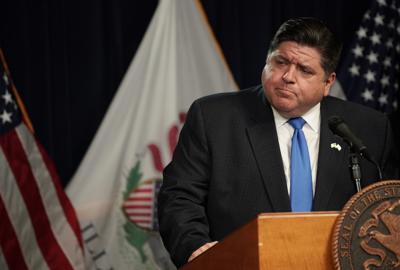 Since the outbreak began in late January, there have been 13,549 known cases across 77 of the state’s 102 counties.

“There are so many tragedies here. The countless family members, loved ones, friends and neighbors who grieve, the indefinite delay of funerals and celebrations of life, the fact that this will not be the last day that we say goodbye to our fellow Illinoisans because of the terrible toll of COVID-19,” Gov. JB Pritzker said.

Pritzker urged that it is OK for residents to feel pain and grievance, saying that he is grieving as well.

“It’s okay to let yourself feel all the pain there is to feel today. I, too, am grieving, but I want you to know that my grief is only fueling my efforts to fight this virus and win,” Pritzker said.

He also stated that a member of his office has tested positive for the virus, saying the employee started to feel ill on March 26 and went home immediately.

The employee is currently feeling better while no one else in Pritzker’s office has shown symptoms.

Both Pritzker and Illinois Department of Public Health Director Dr. Ngozi Ezike said that they have not been tested for the virus as they have not displayed symptoms.

“I did not have regular, close contact with this person,” Pritzker said regarding the employee in his office who tested positive.

The Illinois Department of Corrections stated that 95 inmates have tested positive while two have died.

On Monday, Pritzker signed an executive order to allow the department to release medically vulnerable inmates out of prison temporarily while the governor’s disaster proclamation is in effect.