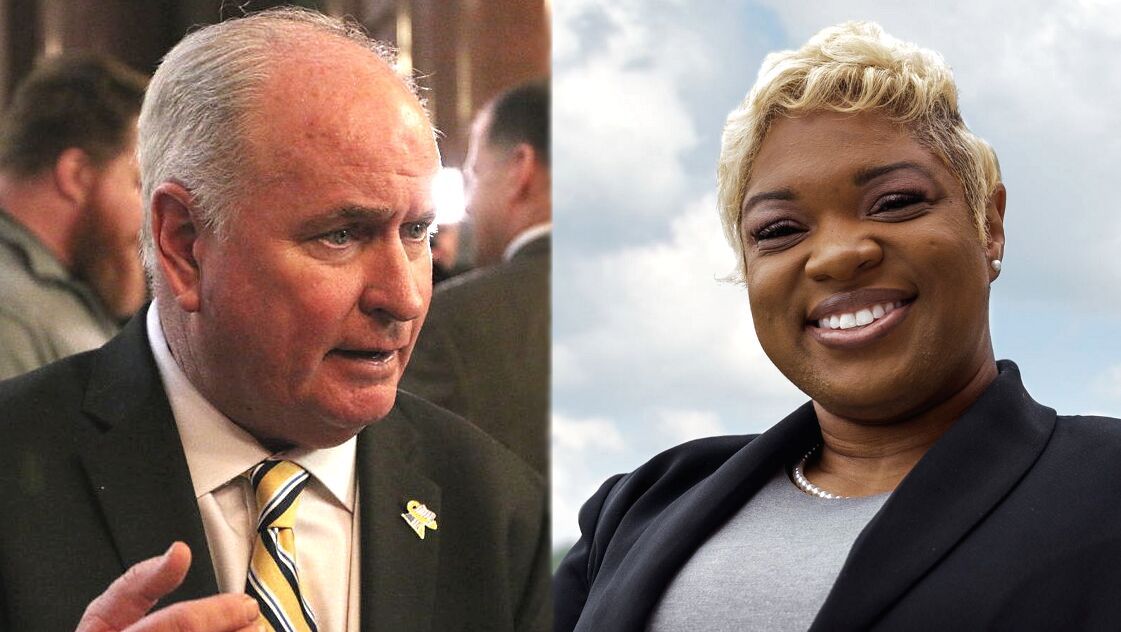 The 105th House District represents Livingston County and portions of McLean County, including the Town of Normal.

Before becoming an elected official in the Illinois House, Brady worked as the owner and operator of Brady Funeral home and Coroner of McLean County. He currently is a partner and Funeral Director at the Kibler-Brady-Ruestman Memorial Home in Bloomington.

Currently, he resides in Bloomington with his wife, Teri, and two children.

The Ohio native attended Central State University and earned her bachelor’s degree in political science. She is a 2018 graduate of the Illinois Women’s Institute for Leadership class and 2019 Edgar Fellows Class.

Cummings was elected to Normal Town Council and received the McLean County 20 under 40 award in 2017. She also received the State of Illinois Treasurer Michael Fredrichs’ Outstanding Service in leadership award in 2019.

BRADY ON THE ISSUES

Brady is pro-life, does not support gun control legislation, feels the state government should spend its means to promote economic growth and has voted against a measure that would require police departments to require racial profiling.

Cummings believes the cash bail system needs to be abolished, the police need to keep record on racial profiling, the government needs to do more in combating climate change, gun control measures need to be taken such as background checks and wants to help enact laws that require insurance companies to grant customers safe and protected healthcare.

The 18th Congressional District includes a portions of McLean, Tazewell and Peoria counties.  Other counties in the district include Adams, Br…

The 13th Congressional District includes a portions of McLean. Other counties in the district include  Bond, Champaign, Madison, Sangamon Chri…

State Rep. Dan Brady was reelected to his 11th term in the 105th House District. Brady has served as a republican in the House of Representati…