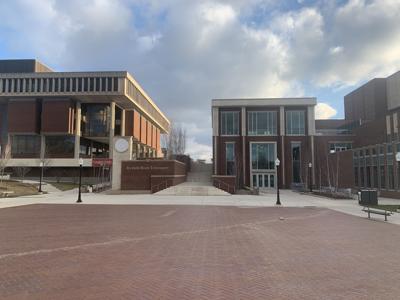 The number of tests at other schools in the Missouri Valley Conference falls short when compared to the current nose-swab testing sites placed around the campus of Illinois State.

A map of Midwest college campuses being affected by COVID-19 have frequently been updated and tracked by The New York Times.

The university's enrollment is around 26,000 students. MSU started off school with 141 cases and doubled their numbers the second week which then added to the 524 cases since the first day, the Springfield News-Leader reported.

University of Iowa and Iowa State University have had more positive cases but compared to MVC schools, numbers have started to take control.

When it comes to universities in Illinois, Normal is the hot spot on the map for MVC schools. Loyola University, Bradley University and Southern Illinois University don’t even reach over 30 positive COVID-19 tests, according to The New York Times tracker.

University of Illinois numbers are growing, but at a slower pace. Almost reaching 800 positive cases in the fourth week of school, the testing sites are working to prevent vicious outbreaks on campus.

According to WGLT, the University of Illinois is still conducting salvia-based testing on campus, having up to 50,000 tests done per week. ISU is only testing around 1,500 students as of right now until the saliva-based test will be implemented on campus in 10 weeks.

John Baur, chemistry professor and lead coordinator for testing labs is preparing as well, as tweaking the saliva-based test being conducted at UIUC, hoping that the testing sites will be up and running in eight to ten weeks on the campus of Illinois State University.

MEGHAN FORTUNATO is a News Reporter for The Vidette. She can be contacted at mefortu@ilstu.edu. Follow her on Twitter at | @Meghanfortunato

COVID-19 cases spike at U of I; students told to hunker down

Leading coordinator for the soon-to-be COVID-19 testing sites at Illinois State University is working toward a renewed plan.

YouTube celebrities at the center of large party under investigation by ISU, Normal

The Illinois State University Board of Trustees held a working session meeting at 1 p.m. Saturday over Zoom providing an update on fall semest…