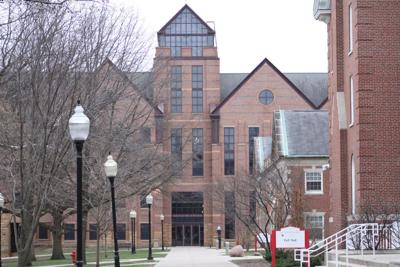 An Illinois State University tenure professor has claimed she has unfairly been making less than her male co-workers and was threatened with retribution for raising her concerns, according to WGLT.

WGLT reports that Meredith Downes, professor for the Department of Management and Quantitative Methods in ISU’s College of Business, has filed a sex-discrimination lawsuit against Illinois State University.

Downes has worked at ISU since 1997 and was given tenure in 2002. Her teaching interests include the areas of international business, international management and strategic management.

According to WGLT, Downes claims that six of the eight other current tenures, all of which are male, make more money than her despite her publishing more scholarly articles and earning higher ratings on her annual performance evaluation compared to some of her male colleagues.

WGLT reports that Downes’ base salary was $120,100 for the 2019 fiscal year with $3,800 in additional compensation, according to the Illinois Board of Higher Education’s salary database.

With the pending litigation of the lawsuit, University faculty and staff are unable to comment.

This story will be updated.

This past week, the U.S. women’s soccer team added another World Cup to their growing collection.

Board of Trustees special session to take place in Hinsdale

The Board of Trustees will meet Feb. 1 for a special session in Hinsdale.

Do you think off-campus parties could lead to COVID-19d spread?