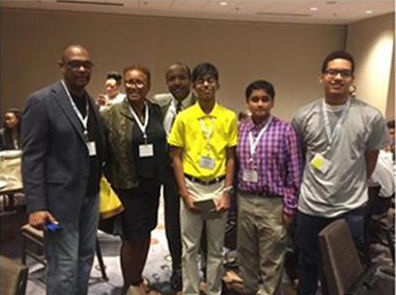 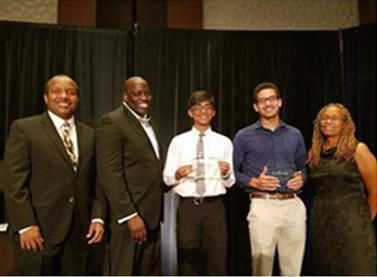 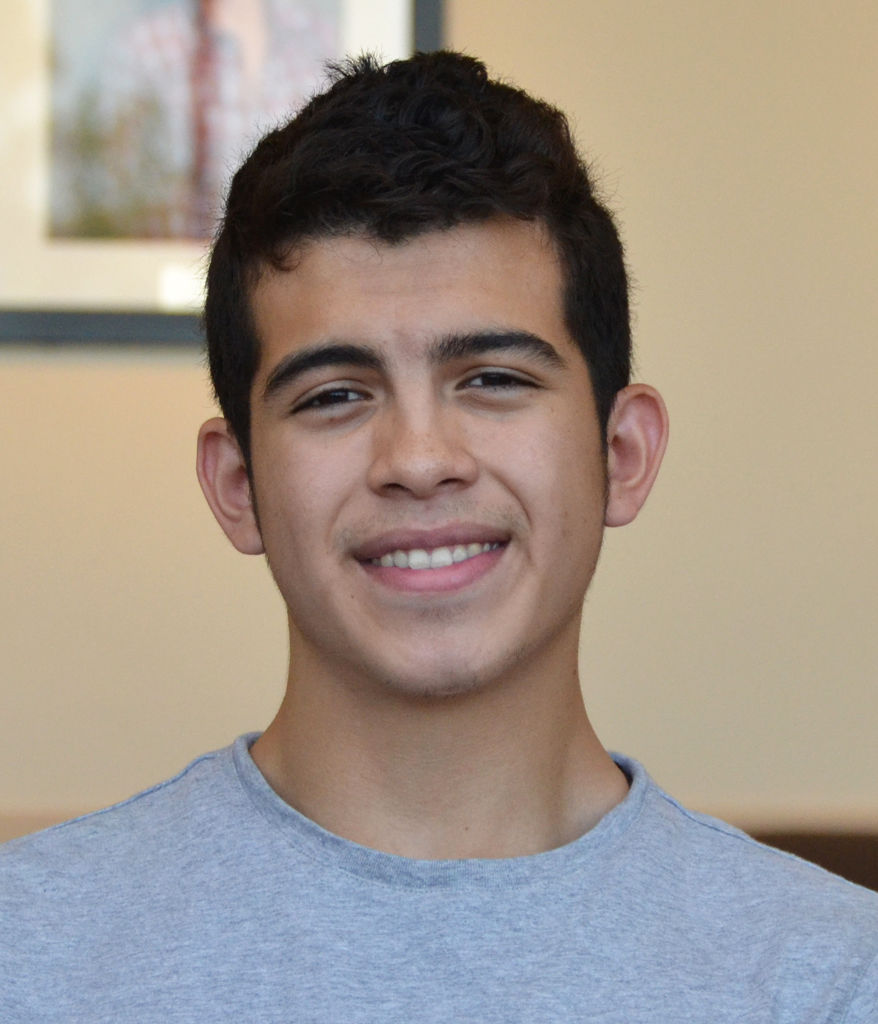 Basheer Becerra is studying computer sciences at ISU and said that when the opportunity to be a mentor to high school students presented itself, he was more than willing.

“During my freshman year when I [had] just joined BDPA, I was looking for some non-profit organizations to get involved with to help mentor students,” Becerra said. “Then I received an email from Joel Johnson, and he said we have opportunities available for Information Technology (I.T.) mentorship, so it was just what I was looking for. I joined immediately and Joel introduced me to the program.”

HSCC Coordinator Joel Johnson said that working with Becerra helped the team come third only to the Atlanta and Washington, D.C. teams that ranked first and second, respectively.

“Basheer was essential to the Central Illinois team’s success. While there is a primary teacher for each HSCC Academy session, the need for a few mentors in the room is essential,” Johnson said. “Each student learns at his/her own pace, so the mentors are there to fill in the learning gap for the student who may not have grasped the lesson in its entirety as it was being taught.”

Along with their third place title, each student also received a $1,000 scholarship which Johnson said only added to the honor.

“My chapter has been running this HSCC program since 2003, so we’ve cycled through several sets of H.S. student teams who we have evaluated to compete in Information Technology on a national level such as the HSCC,” Johnson said. “The closest we placed historically before this year is fifth. So to have the team I primarily trained finish in third place, with each student receiving a $1,000 scholarship, was highly rewarding!”

Becerra said that working with the students was something he truly enjoyed and learned from.

Johnson said that competitions like this one are important for young students because high school is when they can explore all of the different opportunities available.

“High school is one of the critical periods in life to discover and cultivate talents and skills that could inform a student of their career path,” Johnson said. “This HSCC Academy is set up to provide access to resources that can give a high school student a jumpstart into the world of Information Technology.”

The national competition had teams entered create an online ticket purchasing system with complexities that spanned three letter pages, according to Johnson.

Johnson also said students who are chosen to be a part of the team attend the HSCC Academy that runs from October of the previous year to May of the competition year.

Those interested in the Central Illinois Chapter of the HSCC can visit its website for more information.

​STEPHANIE RODRIGUEZ is a Features  reporter for The Vidette. Contact her at vidette_srodri7@Exchange.ilstu.edu