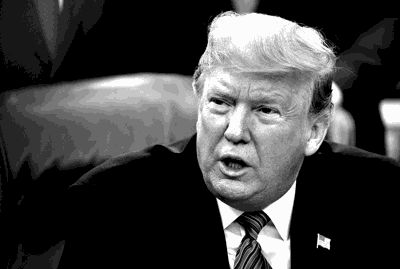 Public hearings regarding the impeachment inquiry into President Donald Trump will begin this week.

House lawmakers are preparing to conduct the first public hearings in the impeachment injury, with three witnesses set to testify Wednesday and Friday, according to multiple sources.

The inquiry was started by House Speaker Nancy Pelosi in September of this year, despite initial resistance.

The main reason the inquiry was filed was due to reports of extortion by Trump toward Ukraine from a whistleblower.

According to the whistleblower, Trump attempted to withhold aid from Ukraine until they promised to get compromising information on former Vice President and current presidential candidate Joe Biden.

Acting White House Chief of Staff Mick Mulvaney won't pursue a lawsuit over whether he should comply with a congressional subpoena and will instead "rely on the direction of the president," according to CBS News.

CBS News also reported that a top Pentagon official told lawmakers the Defense Department was left in the dark about a decision to delay military aid to Ukraine.

Local political groups and people have released statements about the inquiry, along with some statements at the national level.

“The College Democrats at ISU strongly support the current impeachment proceedings and all efforts to shed light on this administration’s malpractice. Trump’s contempt for law and process is boundless, and he clearly abused the power of his office when attempting to pressure Ukraine into investigating Joe and Hunter Biden.”

“We believe that the impeachment inquiry lacks true cause other than garnering attention to the Democratic Party. Along with this, we believe it is a slippery slope, and if went through with may lead to similar situations from both parties.”

The College Democrats of America (CDA) is currently unable to give statements on the impeachment inquiry at this time.

As of 6:43 p.m.: The Senate has officially voted to go on without calling witnesses.

The three witnesses who will appear

According to a story done by NPR reporter Deirdre Walsh, the following are the three witnesses who will testify this week.

William Taylor, the top diplomat in Ukraine, told investigators that he learned shortly after he was tapped for his post that there was a parallel foreign policy channel set up that he believed undermined U.S. national security interests.

George Kent, the deputy assistant secretary of state for European and Eurasian affairs, described how Rudy Giuliani, the president's personal lawyer, went against the traditional bipartisan approach regarding U.S. support for Ukraine in an effort to push for political investigations.

Marie Yovanovitch was ousted from her post as the U.S. ambassador to Ukraine in May after a campaign led by Giuliani to criticize her performance and alleged lack of support for the president's policies. She recounted in her closed-door testimony that she was told by Ukrainians to "watch my back" because Giuliani's associates were pushing their business interests and viewed her as an obstacle.