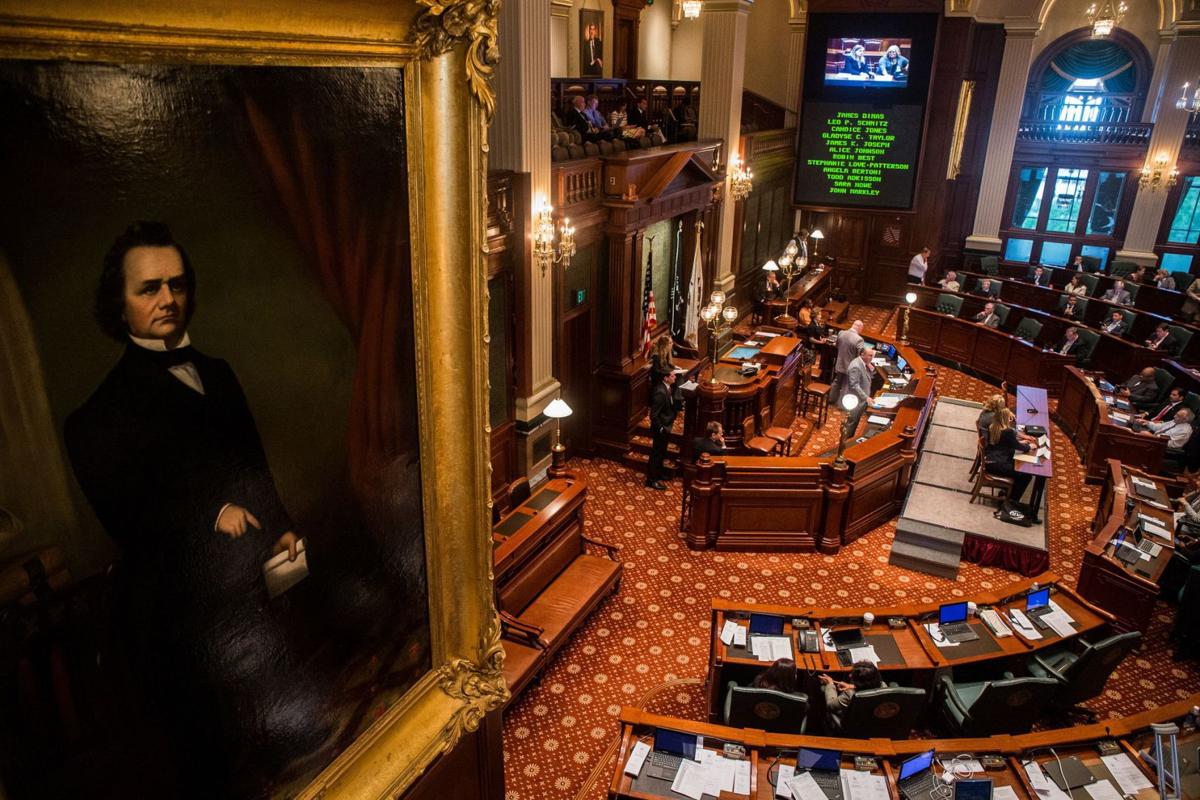 A portrait of the late U.S. Sen. Stephen A. Douglas hangs in the Illinois House chamber at the Illinois State Capitol in Springfield. 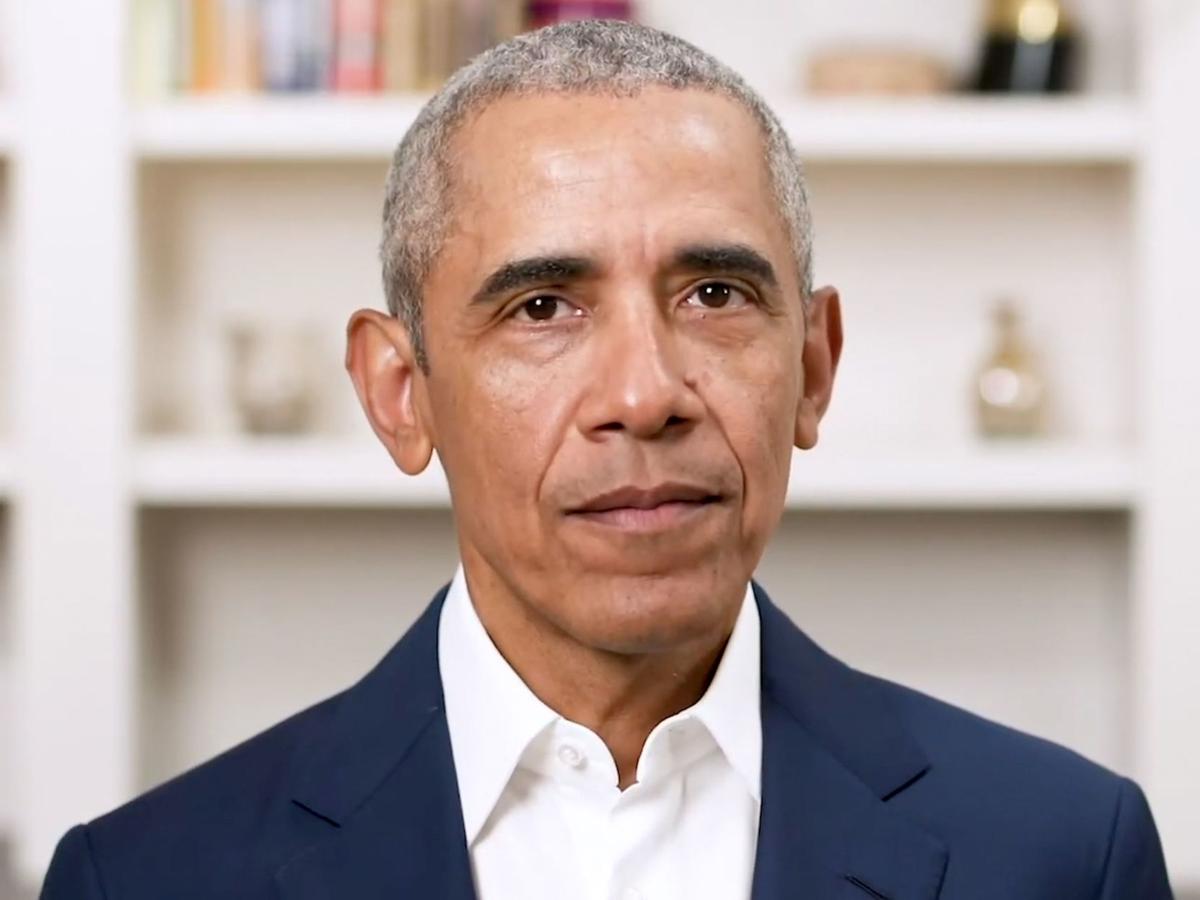 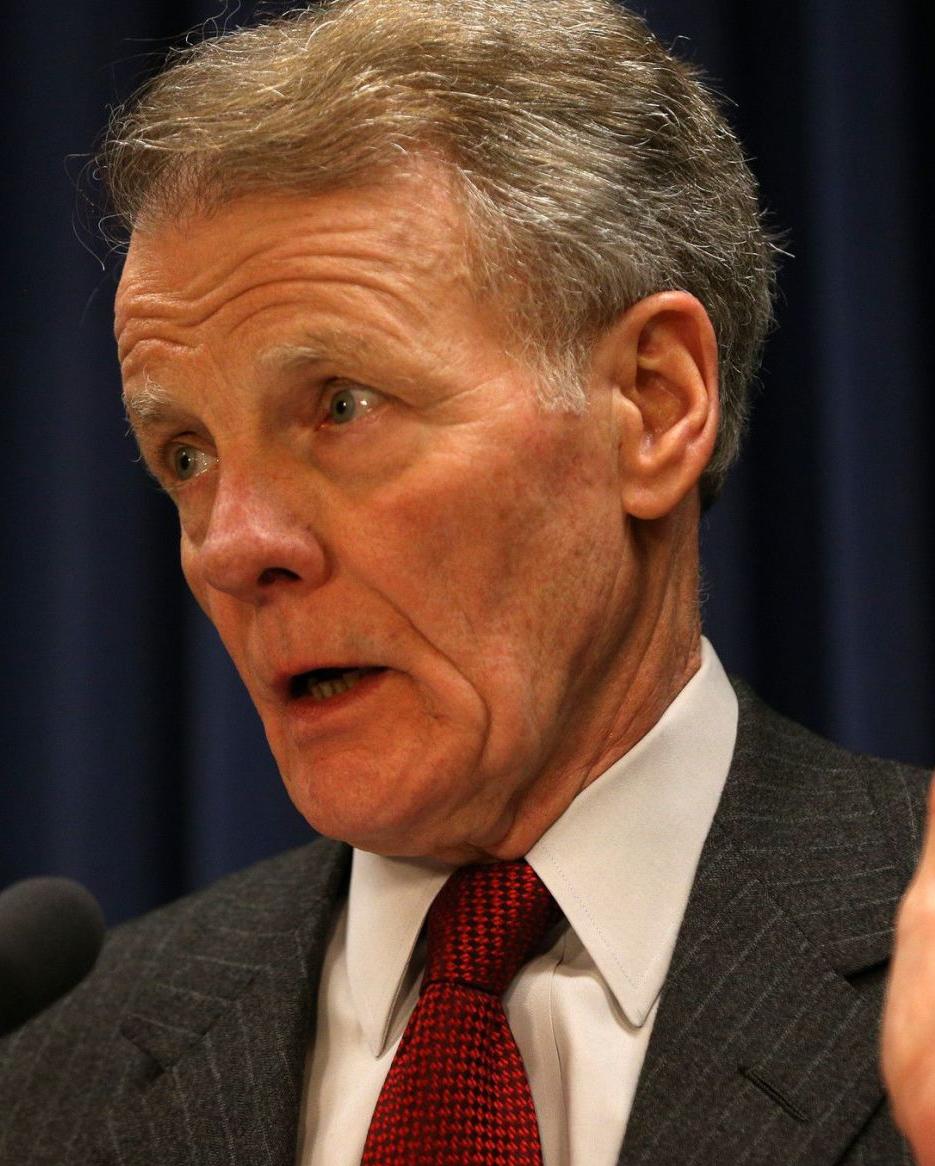 House Speaker Mike Madigan answers questions from the media following a press conference in a 2016, at the Illinois State Capitol House Chambers in Springfield.

Illinois House Speaker Michael Madigan on Thursday called for a portrait of the late U.S. Sen. Stephen Douglas that hangs in the Capitol’s House chamber to be removed and replaced with one of former President Barack Obama, whom he called “a more fitting representation of the modern-day Democratic Party.”

Madigan also called for the removal of statues on the Illinois State Capitol grounds in Springfield of both Douglas, a staunch defender of slavery, and Pierre Menard, the state’s first lieutenant governor and a slaveholder.

“Memorializing people and a time that allowed slavery and fostered bigotry and oppression has no place in the Illinois House, where the work of all Illinoisans is conducted,” Madigan said. “We can only move forward in creating a more just world when these symbols of hate are removed from our everyday lives.”

The speaker’s call to take down the portrait and statues is part of a movement to remove memorials of historical figures with ties to the Confederacy and slavery that has picked up momentum following the Minneapolis police killing of George Floyd.

Douglas, a notable figure in mid 19th-century Illinois history, is credited with building the state’s Democratic Party and served in both chambers of the U.S. Congress. He famously took part in a series of debates with Abraham Lincoln during a U.S. Senate campaign and lost the 1860 presidential election to Lincoln.

Madigan said in a statement he will introduce a resolution to authorize the removal of the Douglas portrait when lawmakers return to Springfield in the fall, and in the meantime is “looking into ways the portrait can be covered immediately.”

In addition, Madigan said the statue of Martin Luther King Jr. on the Capitol’s grounds should be placed in a location “of more prominence and honor.” He asked the Office of the Architect of the Capitol and its board to “work with all Illinoisans to conduct a thorough review of all statues, portraits and symbols on Capitol grounds to ensure any inappropriate fixtures are removed and all feel welcome.”

State statute gives the Office of the Architect of the Capitol authority over statues on Capitol grounds, subject to some oversight from the Capitol Historic Preservation Board.

“I believe it’s a good time to review exactly who’s being honored and why in both the Capitol building and on the surrounding grounds, and then make some changes.”

It’s unclear what the fate of the portrait and statues would be if they are removed from Capitol grounds.

“I don’t think there’s a firm and hard decision, but I would imagine there would be an effort to place them somewhere, just not in positions of prominence and great honor, which I think is how they’re viewed now in terms of being placed on the Capitol grounds,” Madigan spokesman Steve Brown said.

Senate President Don Harmon, an Oak Park Democrat, said in a statement that Douglas’ role in Illinois history “does not warrant commemoration today with a statue on the statehouse grounds.”

“I believe it’s a good time to review exactly who’s being honored and why in both the Capitol building and on the surrounding grounds, and then make some changes,” Harmon said.

The University of Chicago this week announced it removed two displays honoring Douglas from campus and relocated them to a university collection. The university said, “Douglas profited from his wife’s ownership of a Mississippi plantation where Black people were enslaved. While it is critical to understand and address the ongoing legacy of slavery and oppression in this country, Douglas does not deserve to be honored on our campus.”

Former President Obama, whose portrait Madigan wants as a replacement for Douglas, got his start in elected office as a state senator in Illinois. He and the speaker were not always in sync.

In 2006, as Obama’s star was rising, he frustrated the powerful Democratic speaker by endorsing Alexi Giannoulias for state treasurer over the party’s slated primary candidate. Madigan showed his displeasure by mocking Obama as “the Messiah” in an interview with the Daily Southtown. Obama dismissed it as “a moment of glibness " from the speaker.

Still, just months later and as Obama was weighing a presidential bid, Madigan moved up the Illinois primary date so voters could support the home-state candidate and provide an early campaign boost.

“Memorializing people and a time that allowed slavery and fostered bigotry and oppression has no place in the Illinois House, where the work of all Illinoisans is conducted.”