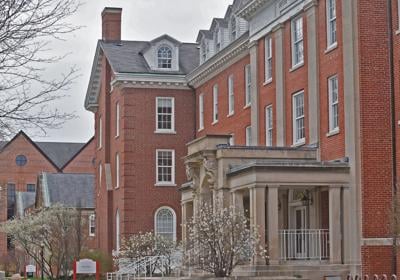 Program Coordinator Brent Simonds and the School of Communication are making the choice easier for future students by combining the current mass media tracks.

In fall 2021, Simonds said the mass media program will move from four major tracks to two.

After its revision, the program will offer two tracks for students to specialize in: media arts and media management or promotion and sales.

Simonds said the two tracks represent the “business” of media and the “creation” of media. The media arts track will combine television production, radio and interactive media into a single track.

“The way the new curriculum is designed will allow media arts students greater flexibility in the kinds of media they create. Similar sorts of changes are going on at universities throughout the country,” Simonds said.

There are typically over 200 students enrolled in the mass media program each semester, and the program change will not affect current students.

Simonds and colleagues are also trying to update the program’s course titles and descriptions. They want to remove the term “broadcast” from course titles because it limits students to production for radio and television stations.

“We are beginning to use the term ‘media’ more than ‘broadcast’ to encompass that reality,” Simonds said.

The CIC has 10 iMacs connected to a media server for student collaboration. It also loans video and professional cameras out to students.

Simonds said he is working with colleagues in the School of Communication to create a new film festival curation course for mass media students.

He also said plans are being developed for a competitive film festival featuring work by high school and college students.

“This will be a great way to identify talented students so we can recruit them to ISU,” Simonds said.

For anyone on Illinois State University’s campus, the cancellations due to COVID-19 have bee…