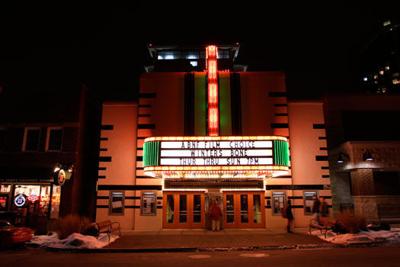 The Center for Community Engagement and Service Learning will be hosting a free showing of the new documentary, “ACTIVIZED: It’s the American Thing to Do,” from 7-10 p.m. Feb. 25 at the Normal Theater.

The event is an educational showing of the documentary, which won’t premiere worldwide until late March.

Activist Vikiana Petit-Homme, featured in the documentary, will video chat with those in attendance following the screening.

“ACTIVIZED” profiles a group of ordinary Americans who never thought they would become political activists but do anyway.

“We hope this film inspires students and community members to learn more about how to move from talk to action,” Katy Strzepek, director of CESL said.

“Part of civic engagement is learning to rise up even when you are afraid. We hope Redbirds rise, even when the task seems insurmountable,” she continued.

The group in this film is brand new to the political world and never expected to be seen as rabble-rousers or troublemakers.

Over a two-year period, something motivates them to change their ways and step up.

They end up putting themselves on the front lines and come up with a decision to support American values and democratic institutions they believe are threatened.

WHAT: Screening of "ACTIVIZED: It's the American Thing to Do"

WHERE: Normal Theater in Uptown