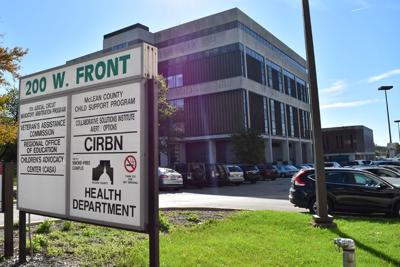 For the third day now, no new cases of COVID-19 have been reported in McLean County.

There are still eight cases in total, one death and 32 test results pending. Out of around 130 tests completed, 83 tests have come back negative. Communicable Disease Supervisor Melissa Graven said she believes it to be attributed to a lot of factors.

"It could be because there is lack of supply," she said. "I can tell you, though, that testing hasn't declined recently, we're still getting pretty steady numbers of people getting tested."

"Having a positive test isn't going to make your care any different," Graven said.

Graven said MCHD is trying to get the proper amount of supplies, and is asking anyone who thinks they are sick, but believe they can "ride it out," to stay home and self-isolate.

The county is also looking at alternate locations for hospitals in case the need for separate facilities arises.

"We've heard in particular in the university from our students who are still in the residence halls," Colbs said. "As you can imagine, having your living environment empty out around you … the sense of isolation and anxiety is pretty high."

She said a large number of students are international students, and that there are less than 200 students total left on campus.

Since most of the students have returned to their permanent residences, Colbs said that Student Counseling has not been very busy.

"It's been very quiet," she said. "We've tried to make it clear to students that we are still available."

For the second day, no new cases of COVID-19 have been reported in McLean County.

Illinois is inching closer to 2,000 COVID-19 cases across 35 counties as health officials an…

As the number of cases in McLean County rises, the county is beginning a pilot program with the U.S. Department of Health and Human Services t…