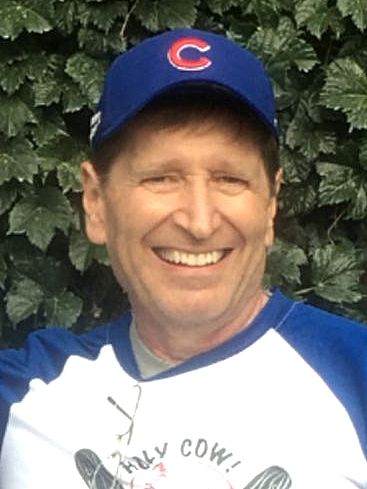 Rosati’s Pizza CEO Fredric “Rick” Rosati, who turned his family’s business from a mom-and-pop shop into a nearly 200-restaurant chain, died last week. He was 70.

Rosati, who lived in Crystal Lake, was in Arizona at the time to open a new restaurant for Warrenville-based Rosati’s and had worked a regular day, said his brother Jeff Rosati. When they spoke by phone that night, everything was fine. He went to sleep and never woke up, his brother said.

“His heart gave out,” said Jeff Rosati, chief financial officer at the pizza chain. “We’re not sure why.”

His death closely follows that of his father, Rosati’s co-founder Ferdinand “Fred” Rosati, who died in March in the same home in Cave Creek, Arizona. He was 102.

Rosati’s operates one of its 88 Illinois franchises in Bloomington at 203 N Prospect Road.

Jeff Rosati said his older brother spearheaded the growth of the family business and instilled dozens of cousins and employees with an entrepreneurial spirit.

“He was the first one to realize that we had a good product and we could even franchise it,” Jeff Rosati said. “They (family members) couldn’t even believe it. That someone would pay us to use our name.”

Rosati’s, known for its thin-crust pizza, has nearly 200 restaurants in 15 states and has been growing at a rapid clip of 10 to 12 new restaurants a year.

“Without Rick we probably would have only two or three stores,” Jeff Rosati said. “I don’t think it would have gotten this far if he didn’t have the ideas of where it could go. He was the ringleader all the way through.”

Rick Rosati, the third of seven children, was 14 when he started working at his family’s just-opened Mount Prospect restaurant in 1964 as a dishwasher and pizza maker. By the time he was 20 he opened the third Rosati’s location, in Arlington Heights, and a decade later drove an effort to franchise the concept.

He pulled in family members to open franchises and helped dishwashers rise through the ranks so they could open restaurants of their own, giving many a career path straight out of high school, his brother said. About 50 of the restaurants are owned by members of the Rosati family.

“He brought a lot of people along with him,” Jeff Rosati said. “People who never felt they would be an owner of a business, he mentored them to be entrepreneurs of their own.”

At 70, Rosati was still going to the office every day, intent on improving service and the product, Jeff Rosati said.

He was also “by far the favorite uncle” to his legions of nieces and nephews, taking them on golf cart rides, holding fishing contests and showing a genuine interest in their lives, his brother said.

Jeff Rosati, 55, the youngest of the siblings, will take the reins of the company. “I don’t have anyone to bounce it off of anymore,” he said.