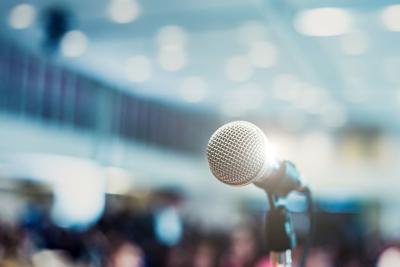 Stevenson Hall was home to a debate last night between the College Republicans and College Democrats.

It covered topics such as abortion, health care, climate change, President Donald Trump impeachment and many others and party lines were clearly visible.

College Democratic President Angel Zamudio said that there were agreements and disagreements between the six participants during the debate.

“There’s a lot that connects us on a human level. Everyone wants the same thing but when it comes to a party level we’re very different.”

“Obviously, we go to a liberal university. Most universities are liberally biased. This school is not as bad as most,” Alsot said.

“I believe what people have shown here is that they’re incredibly respectful even though our group is in the minority, which is expected at a college campus, but people here are very respectful and I love that about this university.”

There were a few times throughout the debate where feelings were intense. Zamudio said that it was to be expected and it increased the amount of energy in the debate.

”Coming to any kind of debate, there are some topics that are going to be touchy subjects and that will get a little intense, so I did expect that," she said. "Even though, sometimes, you can get a little caught off guard. I don’t think it would have changed the debate, although it did make us more passionate and more fiery.”

Both parties host events, protests and debates similar to this debate throughout the year. Alsot went on to say that there are things both sides need on campus such as financial assistance and more communication.

“For College Republicans, we could definitely use more funding; we don’t have a lot in our bank and I can’t have large campus events for the party,” Alsot said.

“The College Democrats seem to be doing well; they have a lot of people and they’re organized. Perhaps what they do need is a bit more discourse with me, but they are not at fault. The same could be said for our side.”

All debate participants were free afterward to speak to anyone in attendance and a few Student Government Association members were there as well if anyone wished to speak to them.

“In this debate, I think we found a fair share of points that we agreed upon and points that we were opposed. “There’s a lot that connects us on a human level. Everyone wants the same thing but when it comes to a party level we’re very different.”

“I believe what people have shown here is that they’re incredibly respectful even though our group is in the minority, which is expected at a college campus, but people here are very respectful and I love that about this university.”