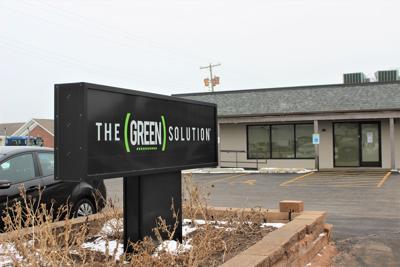 There will be a request for a permit at the Zoning board Jan. 28 in Uptown Circle.

This comes shortly after recreational marijuana was legalized and started sales in Illinois at the start of this year.

Illinois State University senior Elise Schnebly spoke about her experience with the recreational plant in Champaign and believes that this will be good for Normal.

“I think it’s great that they’re doing this in Normal. I was in Champaign when the dispensary opened and the turnout was huge,” Schnebly said. “I think it’ll be great for the economy around here.”

Before recreational marijuana was legalized, the only way to legally obtain marijuana in Illinois was to have a medical need of it such as physically unwell patients suffering from diseases such as cancer or people who need it for mental health such as those afflicted with PTSD.

Illinois has followed suit with legalization of marijuana after other states such as Colorado and California. Some suggest that legalization will help with the economy and also lower the crime rate.

The meeting for the Zoning will be conducted in the Council Chambers on the 4th floor of Uptown Station, 11 Uptown Circle on the fourth floor. The permit request will be one of the primary topics.

There was no hesitation to think that the legalization of marijuana in Illinois would rake in millions of dollars for state dispensaries.

Pot policy: How ISU Housing enforcement will change with cannabis

Normal’s medical cannabis dispensary, The Green Solution, applied for a permit to sell recreational cannabis from the Town of Normal. The Norm…