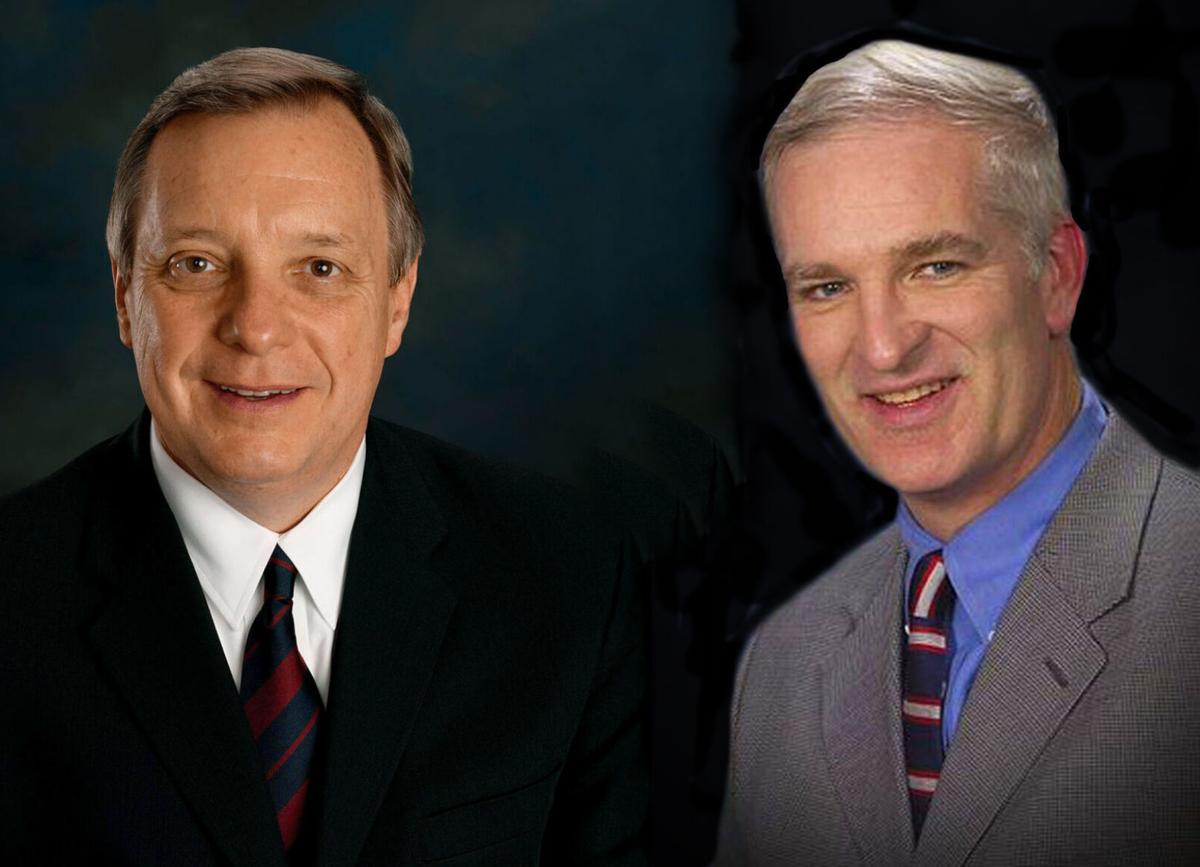 Before becoming a U.S. senator. He also has served as the Senate Democratic Whip from 2005.

Currently, he serves on the Committee for Rules and Administration, Appropriations, Judiciary and Agriculture, Nutrition and Forestry.

Curran, a Pittsburgh native, attended Spring Hill College in Alabama for his bachelor’s degree before coming to Illinois where he attended the Chicago-Kent College of Law at Illinois Institute of Technology for his J.D.

He also served as the Attorney General’s Gang Crime Bureau Chief where he worked to prosecute street gangs, held seminars to combat gang violence and served as an editor of the statewide law enforcement focused newsletter.

DURBIN ON THE ISSUES

Durbin is in support of the ACA. He supports the universal healthcare system and wants to fix it and continue to build on it. He also supports requiring businesses to provide paid medical leave during public health crises. Durbin is pro-choice and believes the decision is ultimately left up to the individual and their doctor.

Durbin has introduced bills to help curb gun violence. He has voted yes on banning high capacity magazines of over 10 bullets, voted no on allowing forms in checked baggage on Amtrak Trains, voted no on banning lawsuits for gun violence against gun manufacturers and believes in background checks at gun shows and in needing tighter restrictions to prevent guns ending up in the wrong hands.

He has tried to act in helping create legislation for police reform such as the Justice in Policing Act of 2020 that aims to change the culture of law enforcement by prohibiting racial and discriminatory profiling, banning chokeholds, banning no-knock warrants in federal drug cases, mandating body cameras and requiring reporting on the use of force.

CURRAN ON THE ISSUES

Curran believes patients and doctors should be in charge of healthcare decisions and wants to expand the choice and competition in the health care system. He opposes socialized medicine. Curran is pro-life.

Curran is a strong supporter for the NRA but does believe it is important to get guns out of the hands of mentally ill and dangerous individuals. He would support and help draft legislation that would prevent guns ending in the hands of the wrong individuals. He is not opposed to universal background checks to purchase firearms. Curran believes the state is in need of some police reform.

The 18th Congressional District includes a portions of McLean, Tazewell and Peoria counties.…

The 13th Congressional District includes a portions of McLean. Other counties in the distric…

The 105th House District represents Livingston County and portions of McLean County, including the Town of Normal.