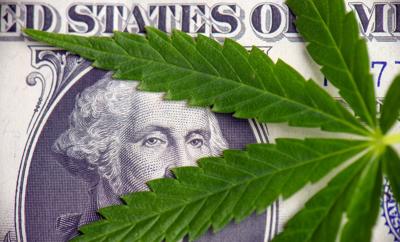 TB-Will-pot-be-sold-at-shops-in-your-town-come-Jan-1-Officials-throughout-Illinois-have-begun-debating-the-Now that Illinois lawmakers have acted to legalize adult use of marijuana effective next year, the battle over where pot will be grown and sold shifts to local governments. County and municipal officials must decide whether to ban or allow cannabis businesses ? and some are already acting to do so.

While local officials cannot prevent people from possessing pot come Jan. 1, they may determine whether residents can legally buy it in their hometowns. Local control reframes the broad debate over legalization into a close-to-home question of whether residents are willing to have pot grown and sold commercially in their communities.

At the same time, local officeholders who allow cannabis businesses will decide how many and what kind they want, including smoking lounges. As this has played out in other states, more conservative rural areas have often prohibited pot establishments, creating large areas with no sales, while more liberal bigger cities allow them, and the suburbs create a patchwork of conflicting ordinances.

The village of Morton, locatd in Tazewell County about 30 miles west of Bloomington-Normal on Interstate 74, is believed to be the first municipality in the state to prohibit pot establishments. The Village Board was generally motivated to act July 1 by a desire to promote family and community values, in line with its previous ban on video gambling, village attorney Pat McGrath said. He said several other towns have since contacted the village to ask about taking a similar stand.

Since June, when Gov. JB Pritzker signed into law the measure to legalize marijuana, few municipalities have addressed the issue publicly. The new law would allow the state's 55 existing medical marijuana dispensaries to open new retail shops on their current sites, and open a second site elsewhere -- but only if local officials allow it.

In addition, applications for up to 75 new dispensaries will be due by Jan. 1, 2020, and are to be awarded by May 1, 2020, so entrepreneurs will want to know which areas will allow them to operate.

Leaders in some suburbs have staked out early positions on the issue. The City Council of Naperville voted 5-4 July 16 to have staff draw up paperwork to ban the businesses. A final vote on the issue is still weeks away.

Proponents of the ban say they are trying to protect the city's image.

Some aldermen don't want to add to the problems caused by sales of other potentially addictive substances such as alcohol and cigarettes.

Cannabis business supporters say that a ban would be a hypocritical overreaction, and that a few stores won't change the town's reputation.

Mayor Steve Chirico, who favors allowing the businesses, said that a 3% municipal tax on recreational pot sales would help pay for the costs of marijuana education and enforcement, which have helped prevent an increase in teen use in states with legal weed.

In a prime location such as Naperville, with a population around 150,000, cannabis shops could generate significant tax revenue, while creating jobs and related commerce such as required security, Chirico said.

GTI issued a statement that it has had a great relationship with Naperville, adding, "We continue to talk and work with the city on this important issue."

Chirico said GTI's dispensary has had no crime or complaints that he was aware of. If a cannabis business operates in the city, he added, officials have the ability to monitor it and discipline or suspend its license for any violations, such as allowing minors access. In contrast, the city will have no control over dispensaries located outside its limits.

"We will have costs associated with this whether it's located in our community or not," he said. "As a practical matter, if you're going to have the costs, why not have the benefits? The benefits outweigh the concerns."

In Batavia, Mayor Steve Schielke told his City Council that he would veto any measure to approve local recreational marijuana businesses.

"Our drug problem in Batavia is the worst it's ever been," he said. "We've tragically lost several young people to opioid overdoses. I don't want to put my name to anything that seemingly has a dark side."

Schielke says police report people combining marijuana with alcohol and passing out. The mayor believes that marijuana is a gateway drug to more dangerous substances.

On that hotly debated point, most marijuana users do not use harder drugs. But studies have shown that those who use marijuana early in life, like users of alcohol or cigarettes, are more likely to use and abuse other substances, according to the National Institute on Drug Abuse. That shows a correlation, not causation. An alternative theory is that people who are prone to drug use are simply more likely to use what's available.

Officials in conservative North Shore suburbs of Lake Forest and Lake Bluff have expressed little enthusiasm for the law, with one trustee saying that states and municipalities shouldn't legislate contrary to federal law. Bloomingdale and Libertyville are also looking into banning cannabis businesses.

Traditionally more liberal Oak Park officials are expected to consider a measure this fall to allow retail pot shops. South Elgin officials have indicated they are open to allowing retail sales in their town.

For Chicago, a special provision was put into the marijuana legalization law to allow residents there to petition to vote their precincts free of marijuana establishments. The provision was in part a response to concerns that poor minority neighborhoods may get an over-concentration of cannabis stores.

Rather than allow a direct vote on the issue, the law provides for the City Council to consider the question, which appeared to be an oversight, said Chris Lindsey, legislative analyst for the Marijuana Policy Project, which supported legalization.

In other states with legal pot, such as California and Colorado, where bigger cities tend to allow it, the majority of local governments ban pot sales. That results in large rural areas with no access to retail shops, which encourages a continued illegal market.

If the same thing happens in Illinois, Lindsey said, it would make a good argument for allowing home delivery, so people who have trouble travelling will have access.

Besides the shops, local officials must decide if they will allow marijuana growers, which can generate significant complaints about the smell. Forty grower licenses will be awarded July 1, 2020. And they may decide whether to allow consumption areas, or smoking lounges, which could be at a pot shop, at its own location, or attached to some other business such as a restaurant or a music venue.

So while state agencies will control which cannabis businesses get licenses to operate, with continuing oversight, local officials may set special rules on the location, hours and operations.

"In Illinois," Lindsey said, "local jurisdictions are the ones doing the regulating."

Erin Hegarty of the Naperville Sun and Rafael Guerrero of the Elgin Courier-News contributed.

It's official: Legal weed is coming to Illinois on Jan. 1

Gov. JB Pritzker on Tuesday signed into law a bill that will legalize marijuana in Illinois …

On Oct. 21 Bloomington City Council talked about marijuana sale for when in becomes legal in 2020.