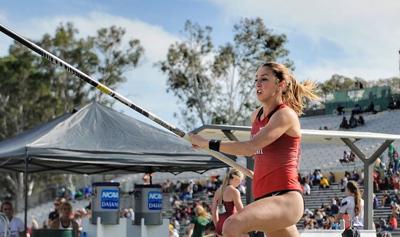 Chosen by CoSIDA, the 2020 Google Cloud Academic All-District Men's and Women's Track & Field/Cross Country teams recognize the top student-athletes in the nation for their academic and athletic performances.

Eligibility requirements for student-athletes to be considered for Academic All-District include being a varsity starter or key reserve, maintaining a cumulative grade-point average of 3.30 on a 4.00 scale, being at least a sophomore in both athletic and academic standing and student-athletes must be nominated by their institution's sports information director.

During the 2019-2020 season Cranston excelled in her sport along with the classroom. A senior this  year, Cranston held a 3.84 cumulative grade-point average while earning a degree in molecular and cellular biology with a Spanish minor.

Her talent for her sport speaks for itself. Cranston has won four Missouri Valley Conference pole vault titles and is the No. 2 indoor and outdoor pole vaulter in Illinois State track and field history. During the 2019-2020 season she recorded her personal-best indoor clearance of 4.02 meters (13-2.25 ft.) at the Alex Wilson Invitational to place third. Cranston’s clearance of 4.02 meters is the No. 2 clearance in ISU history.

MATT PETROVITCH is a Sports Reporter for The Vidette. He can be contacted at mdpetro1@ilstu.edu Follow him on Twitter at @matt_petrovitch

There are few upsides to 2020's cancellation of NCAA athletics due to the coronavirus outbreak.