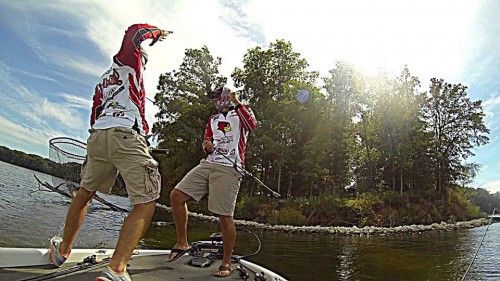 Submitted Photo:In the last 20 minutes of the competition, Wegman and Becker drove up a creek and caught a four-pound fish to seal the win. 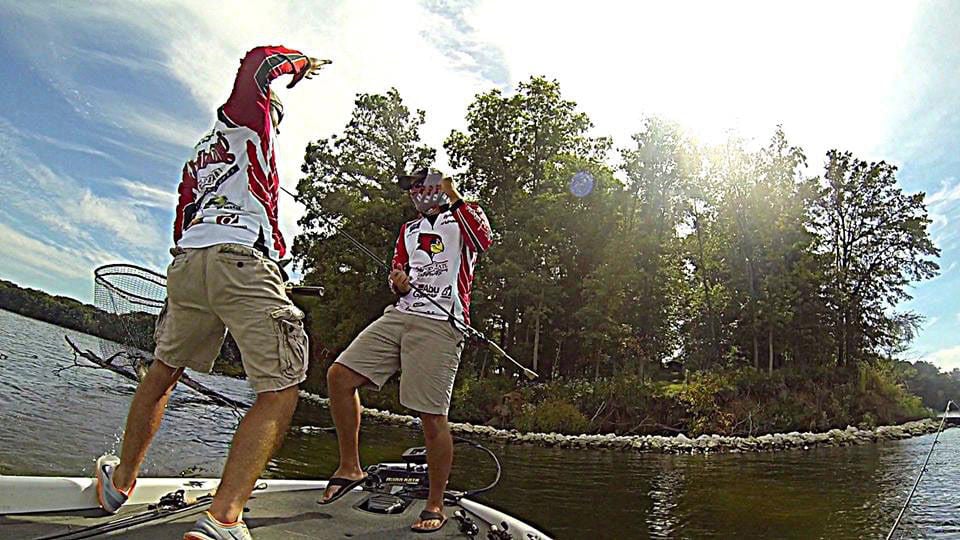 Submitted Photo:In the last 20 minutes of the competition, Wegman and Becker drove up a creek and caught a four-pound fish to seal the win.

Over the weekend, ISUs Bass fishing team traveled to Lake Springfield and came back with first place in the College National Championship.

Bryce Wegman and his partner Seth Becker, along with two other team members, launched their boats into a two-day tournament hosted by Western Illinois, last years winner.

There were 20 other teams there from schools all over Illinois and we had two days to fish on the lake, Wegman said. At the end, they took the total combined weight of both days and thats how they determined our places.

ISU got off to an early start on day one, catching all five of their allotted fish before 11 a.m. At the end of the first day, ISU had 14 pounds, a two-pound lead over second place Western Illinois.

On day two, we were a little worried because by 11 a.m., on the first day we had already gotten five fish and by the same time on day two we only had one, Wegman said.

Late in day two, ISU was able to pull ahead and seal the win with 23 pounds, a full four pounds ahead of Western Illinois.

It was scary being in first place after the first day because the people we were competing against are talented but when we came through with a four-pounder on day two it felt awesome, Wegman said.

Wegman and Beckers strategies were a big part of the win. They arrived at Lake Springfield early to pre-fish the lake and scope out multiple spots where they knew they would find fish.

I think that was key for us, some of the other teams fished in one spot all of day one and by day two there was nothing left for them to catch, Wegman said.

The team returns to ISU with a trophy and a plaque that will have its name engraved on it.

It was a really great feeling to come out on top. It was hard to win against these guys because a lot of them are so good so everything has to really fall into place and for us this year, it all worked out great, Wegman said.

With the win, ISU will be hosting next years College National Championships.

As for the rest of this season, Wegman is excited for what lies ahead in the spring and looks forward to seeing how the teams many new members will progress.