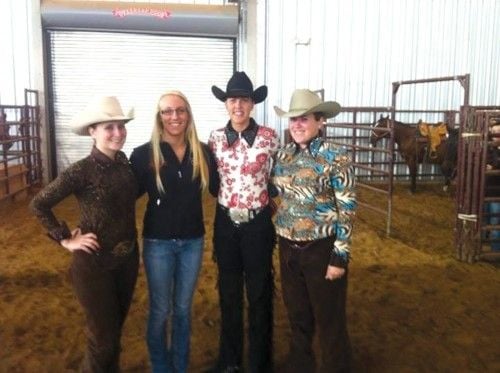 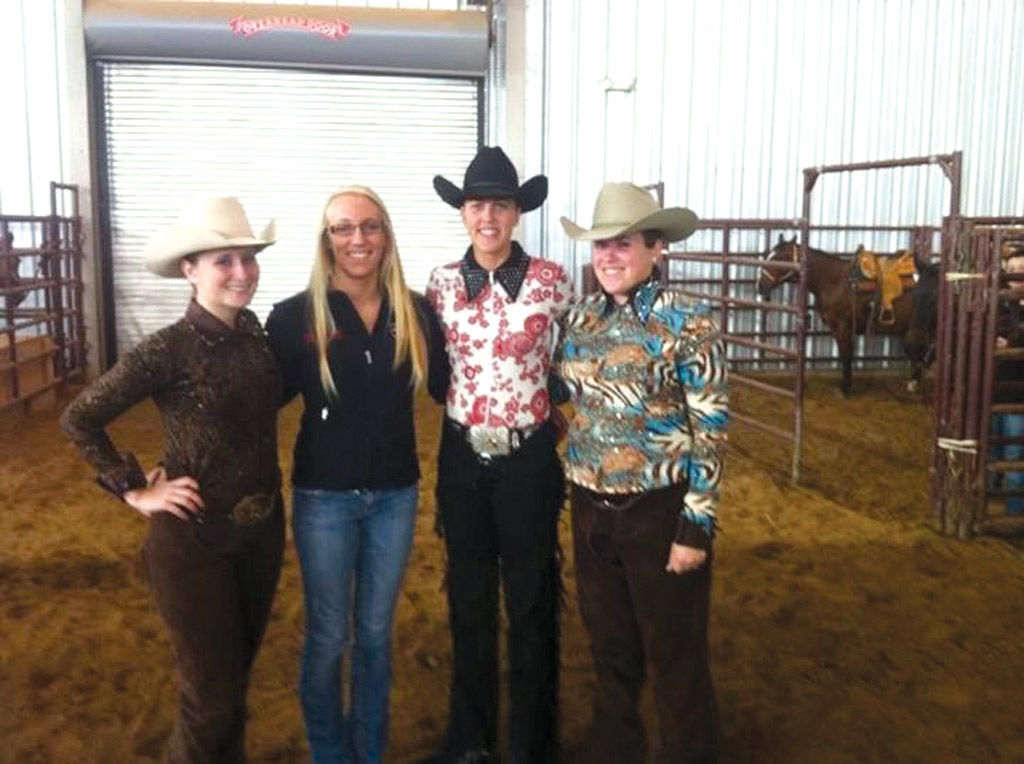 At ISU, the Equestrian club is split into two teams: the Hunt Seat team and the Western team.

Hunt Seat is largely based on your form while you are on the horse, and you are judged on flat work as well as jumping, club president Anna Batkiewicz said. Western focuses on form also, but there are many more events they compete in.

Both teams have been traveling to compete against other teams in their region such as Black Hawk College, Northeastern Ohio, Iowa State and Western Illinois University.

The way most shows work is that each rider represents the school, but the scoring is based on individuals riding in different classes or divisions, Batkiewicz said.

At Black Hawk, competitors on the Western team were separated into classes such as Beginners, Intermediate I, Intermediate II, Novice, Advanced and Open, where they competed at different levels.

Each class competed in rail work and pattern and were judged on that, Western Team coach Sydney Condon said. Some patterns include fast circles, slow circles, spins and sliding stops.

Many of Illinois States competitors were successful over the weekend, including Alissa Frederick, who received a high-point title for her individual performance.

Individual performances from point riders are counted toward the team total. ISUs team total at the end of the show earned them a tie for third place.

Everybody did really well and I am proud of everyone, Condon said. We have all come a long way and we always have a good time as a team.

As one of the smaller teams in the region, ISUs Equestrian club strives to perform at the level of its competitors and continue to show what they can do.

It feels great to be one of the smaller teams that compete, Condon said. Coming from last year when we only went to a couple of shows, it is great to come this far.

The ISU Equestrian club returns to Black Hawk College in February for its next show, where it hopes to feature some of its more inexperienced members talents.