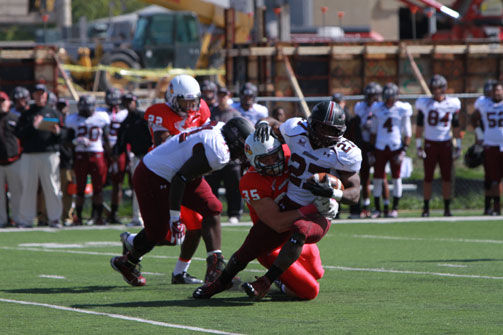 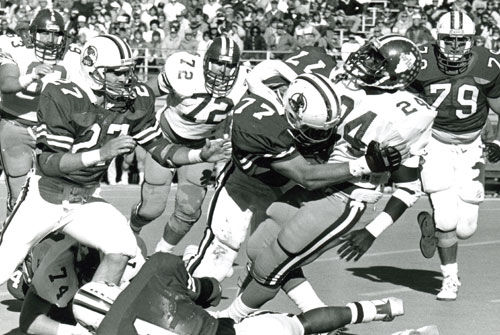 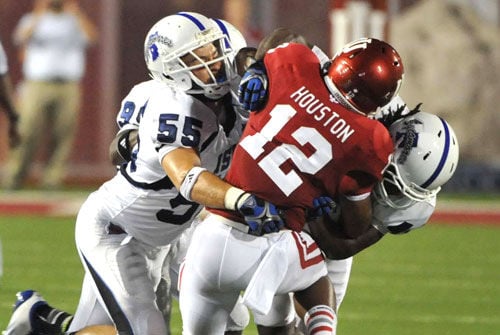 Colton Underwood was born with the blood of a Redbird. As the son of Scott and Donna Underwood, both of whom attended ISU and participated in Redbird athletics, the junior knew where he wanted to end up.

Underwood followed directly in his fathers footsteps, which ultimately led him to his current role as a defensive end for the Illinois State football team.

Scott Underwood served as a defensive end for the Redbirds from

1986-89, while Donna Underwood played on the ISU volleyball team from

My high school coach played here too, so I had a lot of ties to

Illinois State, but I wasnt going to let that affect my decision [to

While initially recruited under the former ISU coaching staff,

[When] the new coaching staff came in I came here for a camp, and I

We let Colton make that choice as to where he wanted to go, and we

all thought [ISU] was the best school for him, Scott Underwood said.

So I was really happy he made that choice, but he did make it on his

own. Hes made us really proud  Hes turned into a whole lot better

football player than I ever was.

However, Underwood didnt carry on the family legacy alone. His

linebacker for the Indiana State Sycamores  a fellow Missouri Valley

Football Conference team, whom Illinois State will play on Saturday.

The meeting of the teams will mark the first time the Underwood brothers have played on the same field since 2010.

and he was in high school, and then he red-shirted [his freshman year

to watch him play Western, but we havent played with each other since

Having coached both of his sons from their junior football years

through both of their high school careers, Scott Underwood is accustomed

to making every one of his sons games. However, since the two now

attend different colleges, he is faced with the challenge of balancing

We have a pretty big family, so somebody from our family is always

at one of their games, but its weird for me because its the first time

Ive ever missed either one of them play football. But its also a good

starting. Weve actually made it even  Ive seen the same amount of

of traveling and a lot of running around, but it is well worth it.

Despite holding positions on the defensive side of the game, Colton

Underwood and his father both recorded a touchdown apiece.

My grandma and grandpa like to tell his stories a lot, Colton

Underwood said. He had an interception, and he got in the end zone and

they had to bring him oxygen  all of the players piled up on him.

Theres a nice picture my grandma always shows to me of him with an oxygen mask on, he said, laughing.

But while Colton, like his father, has seen success on the gridiron,

Scott Underwood recognizes that the fondest memories are the ones that

go beyond what happens on the field.

Its incredible the friendships you make while youre playing a sport like football thats so tough on your body and everything  you have to count on those guys, and I think thats probably my favorite memory.

defense, with 78 total tackles on the season, including 16.5 tackles

the football players they are, Scott Underwood said. I am very