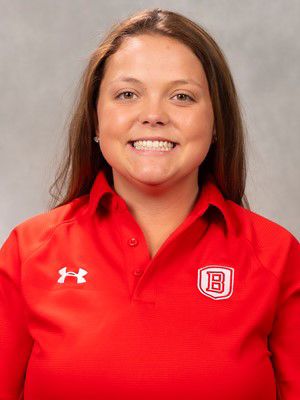 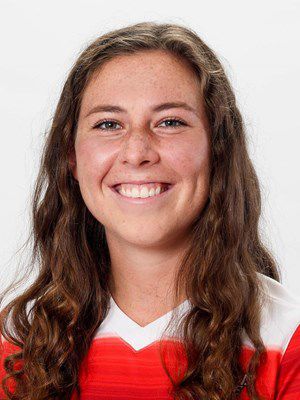 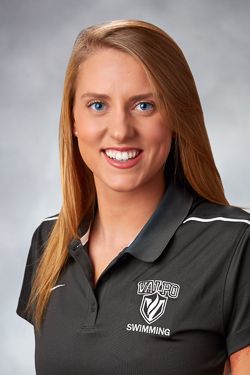 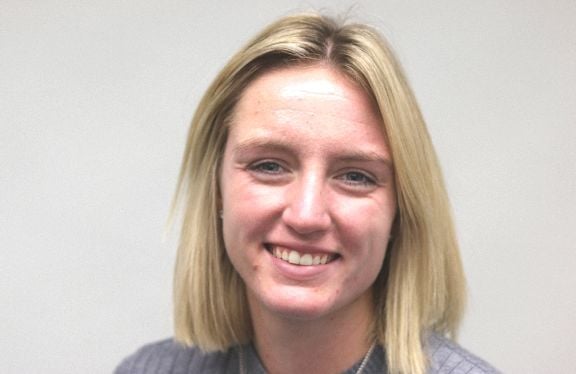 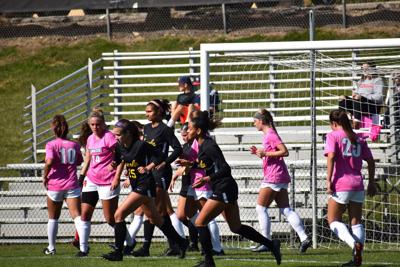 Not a ton of action on the cross-country circuit as teams prepare to battle for the Missouri Valley Conference team and individual titles this Saturday, Nov. 2 in Valparaiso, Indiana. Here are the results of the latest pre-championship poll:

Loyola was picked to take the women’s team title by the coaches with 7 of the ten first-place votes. With four runners within the top-15 5,000-meter times in the Valley this fall, the Ramblers look to disrupt Bradley’s two-year win streak. Bradley was picked to finish second, receiving the remaining 3 first-place votes. Illinois State University rounds out the predicted top three.

Bradley won the men’s pre-championship poll, securing six of the nine first-place votes. If the Braves win this weekend, they’ll pick up their fifth straight MVC title. The Bulldogs of Drake took the remaining three first-place votes in second place, while the Loyola Ramblers take the third slot.

The Missouri Valley Golfer of the Week Taylor Ledwein finished second overall to help the Bradley Braves also finish in second place at the Little Rock Classic to complete the fall schedule. The Braves finished ahead of #93 Western Kentucky, who was ranked ahead of the Braves in the most recent Golfstat.com ratings. Ledwein recorded impressive rounds of 70-71-72 on the par-72 course to tally 213 strokes overall, just five shots behind the victorious Valeria Mendizabal of UTEP. Ledwein’s score marks the third-lowest 54-hole score in BU history, being the lowest since the 2015 season. The Braves' overall score of 881 is the second-best 54-hole score in team history, rewriting the top-ten lists for the Bradley Braves.

Another notable Valley team score from the weekend hailed from the Bears of Missouri State who finished seventh at the same competition. The Bears concluded their fall slate with rounds of 300-299-295 to post an overall score of 894 shots. Abby Cavaiani, two-time Valley golfer of the week, led the Bears in seventh individually, posting rounds of 72-74-71.

Regular season conference play enters its final week as teams battle to earn seeds in the Missouri Valley Conference post-season tournament. Only Thursday evening’s matches will be able to determine who will get to fight for the coveted tournament crown. Heading into this week, Loyola has secured its #1 seed for the tournament and rights to the MVC regular season title. All other teams will have to play this week’s matchups in order to determine their official seed for the tournament. Here are the games on the docket for Halloween and how you can watch:

Depending on the results of these games, Illinois State or Drake could secure the second seed and Missouri State enters the battle for the third seed. Evansville, Indiana State, Northern Iowa and Valparaiso all fight for the 5 and 6 seeds, or otherwise fail to make the tournament.

It is often forgotten that Arkansas Little Rock is included in the Missouri Valley for swimming, but the Trojans have made their presence known this week by earning one of the two swimmer of the week honors. Asmalia Redzuan, a freshman hailing from Malaysia, posted two personal best times to finish second in a pair of events in a dual meet versus Incarnate World. She dropped almost a whole second from her 200-meter freestyle previous best by posting a time of 1:56.59. Her 57.65 100-meter butterfly was her first attempt at the event and the best time this season for the Trojans. She then proceeded to anchor both of Little Rock’s to team-bests.

Valparaiso claimed the other weekly conference honor, as senior Paige Wright swam her way to three titles. In their home opener against Evansville, Valpo fell to the Aces in a close 106-99 battle but reigned victorious in many individual events. Wright, an Arizona native, posted individual wins in the 200-meter (1:56.43) and 500-meter freestyle (5:13.45). She also anchored the 200-medley relay to a dominant win to kick off the day of competition.

Here are the upcoming meets to keep an eye on this weekend in The Valley:

Nov. 2- Little Rock vs. Evansville vs. Indiana State at Evansville

With yet another week of regular season play in the books and as we inch toward tournament season, Valley teams begin to deviate even more in the standings.

Northern Iowa has separated itself from the rest of the league after three-straight road wins this week, beating Loyola, Indiana State and Evansville. Their record now stands at 10-1 in league play, falling only to Illinois State. The Panthers now extend their match lead over No. 2 Loyola to 1.5 matches.

Speaking of the Panthers, head coach Bobbi Peterson is well on her way to the Missouri Valley Conference all-time victories record. With their road wins this weekend, Peterson now progresses to 501 wins, becoming only the second-ever MVC head coach to surpass the 500 victories mark. Peterson is only 8 victories away from Missouri State’s Melissa Stokes’ all-time record of 509.

The Valley has three teams ranked in the top 125 of the latest edition of the NCAA RPI Report. UNI naturally leads the charge at No.46, significantly ahead of their conference foes. Illinois State currently holds the No. 105 spot, while Loyola checks in at No. 108.

RACHEL HICKEY is a Features and Sports Reporter for The Vidette. She can be reached at rehicke@ilstu.edu. Follow her on Twitter at @r_hickey15

Illinois State University finished off the season with a 1-0 win against Drake in Bettendorf, Iowa, on Nov. 1.

After defeating their conference rival on their home floor earlier this season, Northern Iowa (19-9, 13-1 MVC) returned the favor Friday night…