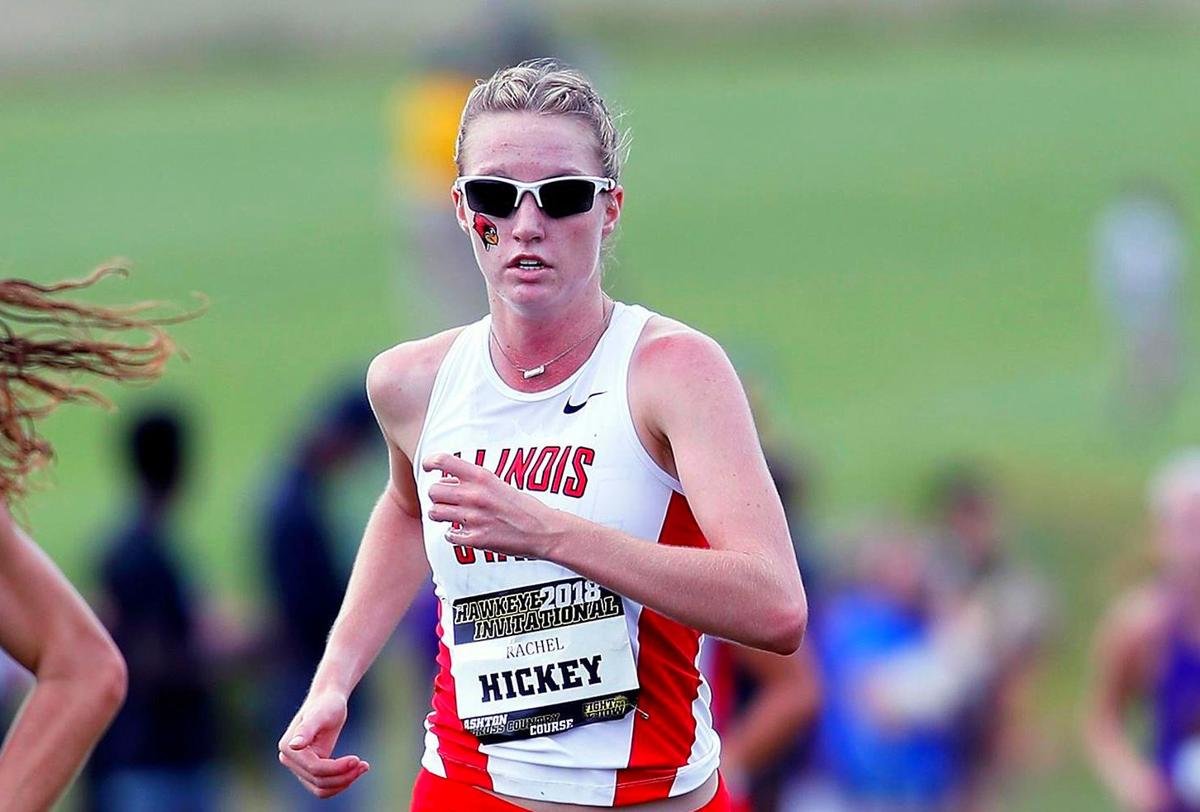 Rachel Hickey is a distance runner for the Illinois State University track team. 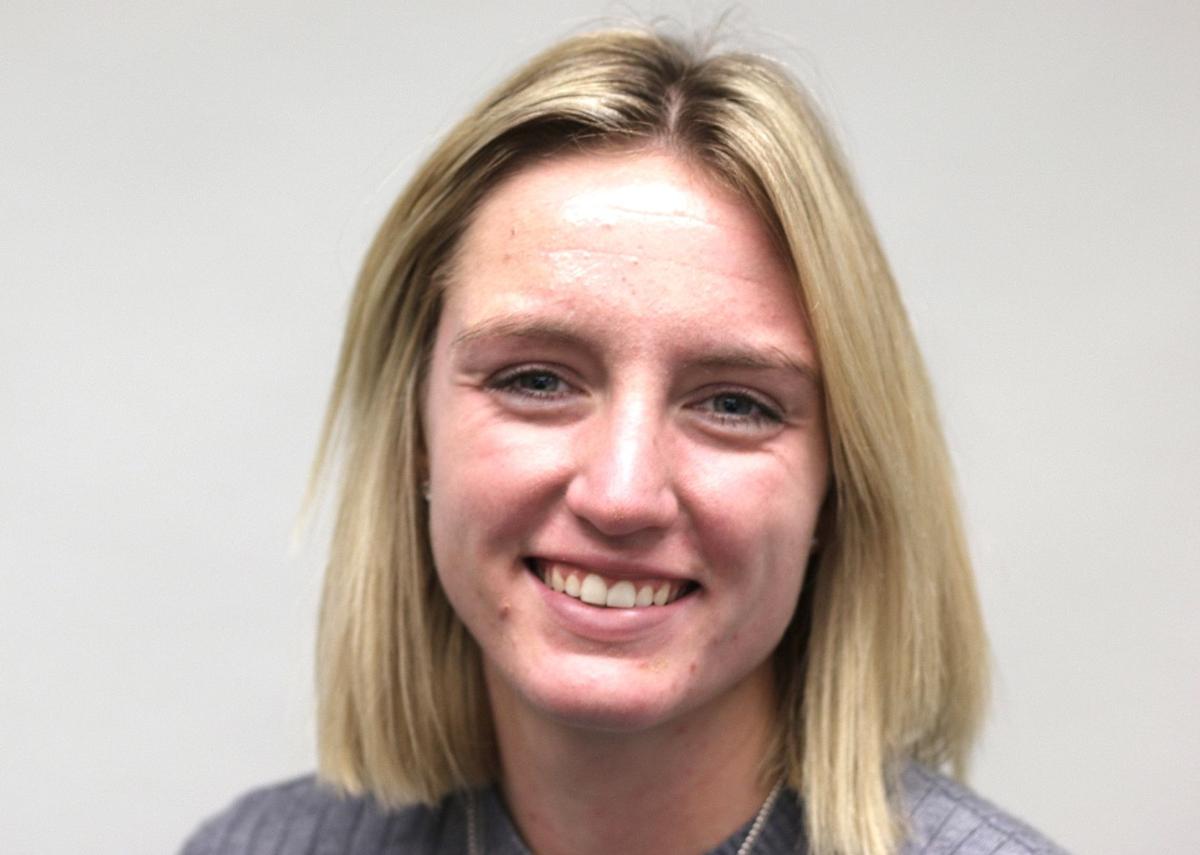 EDITOR'S NOTE: Rachel Hickey is a distance runner for the Illinois State University track team. The Peru, Illinois, native is also a sports writer at The Vidette and is a journalism major in the School of Communication.

PERU, Ill. — I stepped out the door of my house with nothing but my trusty Garmin watch and my Asics running shoes, battered and beaten from hundreds of miles. As I went for my 5-mile recovery run — typical for a Thursday — I had hopes for the upcoming outdoor season.

Then, just 35 minutes later, those hopes were dashed.

I returned home to my phone blowing up from notifications of cancelations. I had already known of Illinois State University’s campus closure from the day before, but had no idea at the time what that meant for athletics. I found my answers on Twitter as I stretched from my run.

The NCAA had first canceled the indoor national meet, then proceeded to cancel all tournaments for the rest of the year. Then the Missouri Valley Conference released their statement suspending all athletic activities through the end of the month.

However, it does not end there, and it certainly affects more than just me and my teammates. March Madness has now been nicknamed “March Sadness” as the men’s and women’s tournaments have been canceled. Gymnastics has been stripped of the opportunity to host the conference championship, baseball’s hopeful season has come to an early end and spring sports have been dampened altogether.

Hitting closest to home, track and field will not be able to pursue another Missouri Valley Conference team title.

Personally, I am disappointed, devastated and discouraged — and this does not even begin to cover the expansive wave of emotion that has taken over me tonight. This outdoor season, I was to be a redshirt freshman, emphasis on the redshirt. I have already used my redshirt due to a foot injury last spring, so where does this leave me now — healthy and ready to compete? What will happen to the four years of eligibility I was promised?

The NCAA has yet to make an official statement on this, but judging by the reactions I have witnessed on social media, they will have no choice but to grant a blanket waiver to all athletes if they choose to take it. However, how feasible is it for athletes to return to and pay for school for a fifth or sixth (in some cases) athletic year? Do I really want to be 24 years old and still in college?

As I begin to process my personal emotions, my heart breaks even more for my teammates and others whose seasons or careers ended without their knowledge. Some of my teammates stepped to the line at indoor conference for the last time as a Redbird without knowing it. Many athletes were stripped of the opportunity to end their careers on their terms, and I cannot imagine how they are feeling in these moments. This is a part of our lives, and a large one at that. My heart breaks for all these affected, especially my own teammates.

To be blunt: it sucks to be a student-athlete today. While, yes, I understand and recognize that this is much, MUCH bigger than sports, it is still devastating to have something you have worked for, dreamt of and believed in every single day of your life stripped away from you in an instant.

Public health and well-being are certainly priority, there is no arguing that much.

And, at least for me, this is not over. I will be back. I will return to the sport I love. I will continue to train and dedicate my life to promises of the future for the next five months — until cross country season starts up in the fall. When I return to competition, I will never take another opportunity to compete for granted ever again. I will take full advantage of every single opportunity that comes my way and leave everything I have out there.

To my fellow athletes out there, keep your head held high and continue to work hard for those lofty goals you set for yourself. Seniors, be proud of yourself and your careers. Be proud of the progress you have made, the tireless dedication you put in and the amazing results you achieved, even when you doubted yourself. I leave everyone with this quote attributed to Dr. Seuss, at the risk of sounding horribly cheesy:

RACHEL HICKEY is a Features and Sports Reporter for The Vidette. She can be reached at rehicke@ilstu.edu. Follow her on Twitter at @r_hickey15

How will your life be without any pro, college or prep sports in the foreseeable future?

On Wednesday afternoon, the National Collegiate Athletic Association announced that they int…

Due to the outbreak of the coronavirus, the Missouri Valley Conference will suspend all spri…

With the NCAA canceling the remainder of the spring sports calendar a big question was brought up: would those athletes who had their season e…

Year in and year out Illinois State University puts together some of the best athletic talents in the Missouri Valley Conference. With that be…

The largest sporting event of the summer has been added to the running list of postponements and cancellations.