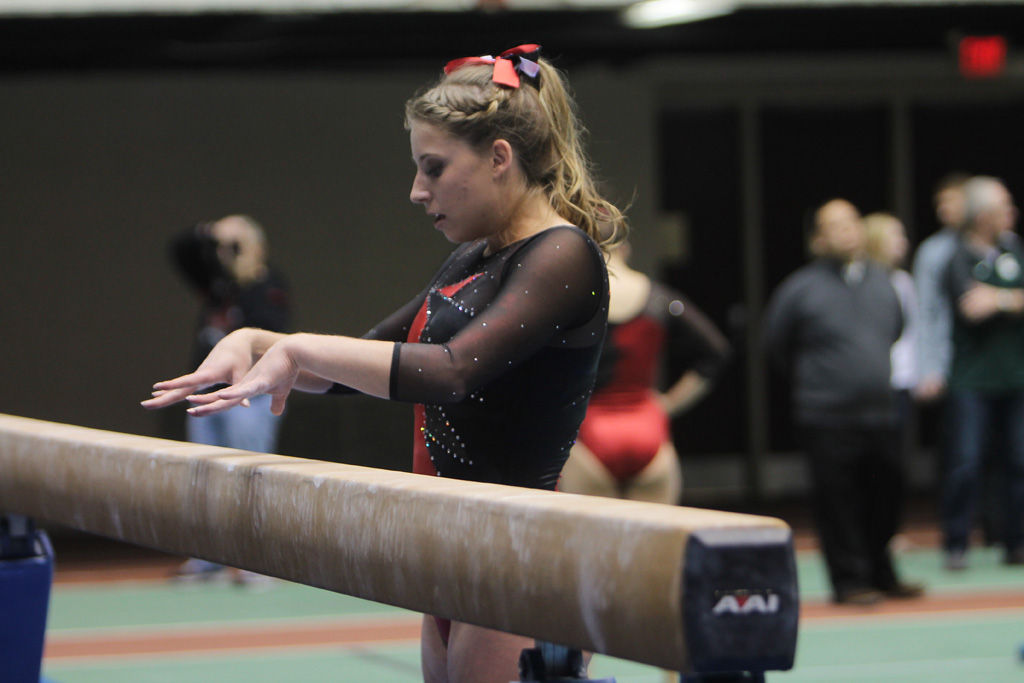 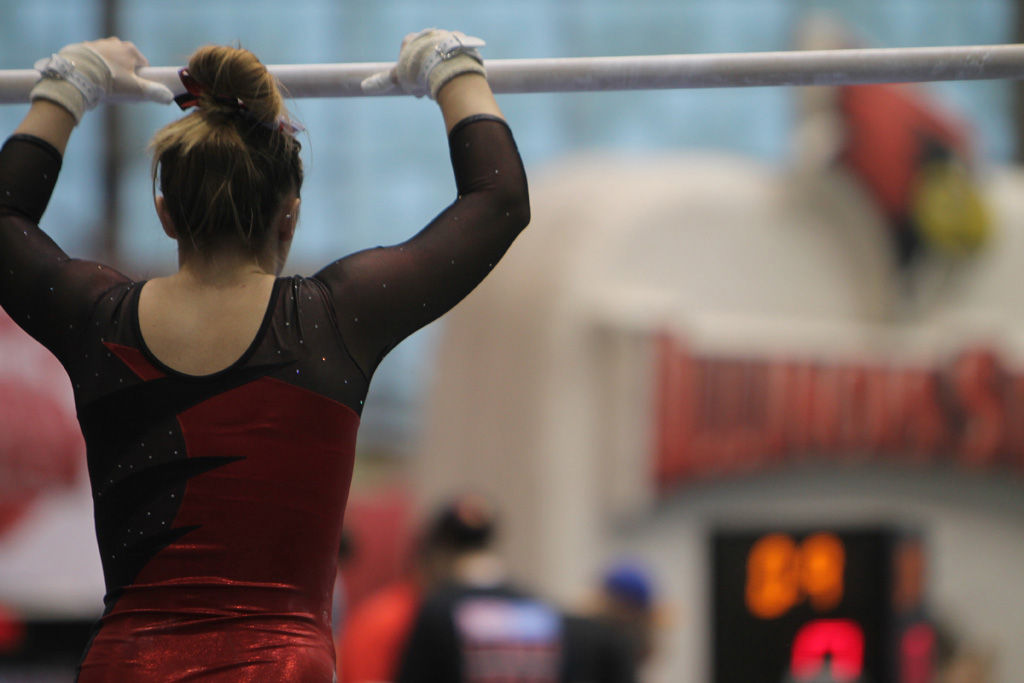 NORMAL- The Illinois State University gymnastics team finished in last place out of four teams in the State of Illinois Classic after scoring 191.500 total points.

Illinois won the quad meet, its ninth consecutive win in this annual competition, with an all-around score of 195.425. Northern Illinois came in second place by scoring 194.225, while Illinois-Chicago secured third with 192.625.

ISU freshman Meredith LaRoche earned the highest all-around score for the Redbirds with 38.175 points. Illinois’ Giana O’Connor won the all-around contest with a score of 39.275 out of a possible 40.

The Illini dominated the meet for the most part in their home gym by winning three out of the four events. They took first place in the vault, balance beam and floor exercise. Northern Illinois, meanwhile, won the uneven bars with a score of 49.100. Illinois finished third in that event with a 48.225.

This is the second straight quad meet the Redbirds have failed to win. Last Sunday, they finished third in a match against Michigan State, Western Michigan, and Wisconsin-Stout.

Illinois State will now have one more match at home against Bowling Green Thursday before competing in the Midwest Independent Conference Championship on March 19.