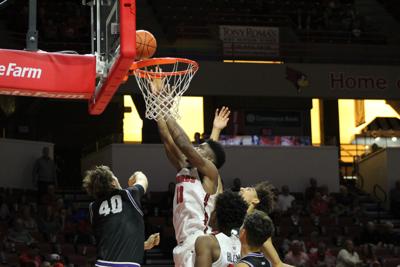 The landscape has abruptly changed in the National Collegiate Athletic Association as they announced the enactment of paying collegiate athletes for the use of their name, image and likeness.

Reaction from schools in Illinois, including Illinois State University, has been one of opposition.

"I think the most important thing that we need to do is wait for the NCAA working group to complete their work as it relates to Division I. They'll come back after some pretty thorough review of the issues related to name, image and likeness and provide some recommendations for legislation to  allow schools to react to that. Then fine tune it, and then we will see where that goes."

Wednesday morning, 11 schools throughout Illinois, including ISU, issued a statement on the recent proposition, all agreeing to oppose the enactment of the law to pay the athletes.

"We share the sponsors’ interests in supporting the welfare of student-athletes, but we find this bill to be harmful in the short term and, in the end, unnecessary.”

While the NCAA has normally been accustomed to being firm on its ruling to not pay its athletes, the multitude of critics hyping the “Fair Pay to Play Act” have definitely had their voices heard.

After California passed a law that would grant athletes to profit for endorsements, many could only wonder how long it would take for the NCAA and other states to catch up. Although the law would not be passed through until 2023, the fear many have had is that many of the major recruits would only go to schools in California for the money. Before the NCAA passed the act, many schools would be at a disadvantage if they did not follow in California’s footsteps in passing a similar law.

Although athletes will be making a profit from their play, they must still be treated as student-athletes. And while they are getting paid, they are not to be represented as an employee for the university, says a stipulation set by the NCAA. In their own words, there should be a “clear distinction between collegiate and professional opportunities.”

With many confirmed reports showing up over the past several years about athletes receiving incentives to attend a certain university, the NCAA has been put in many situations that deal with teams tampering. By passing the Student-Athlete Endorsement Act, the number of tampering violations will decrease abundantly.