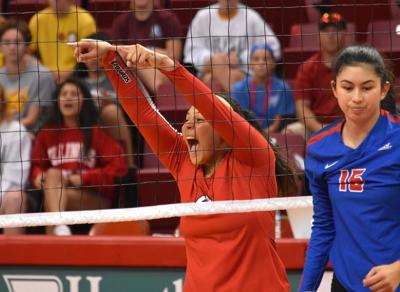 Martin earned this honor after a sensational performance in the Oral Roberts Invitational. Martin's strong performance led the Redbirds to a 3-0 record and a first-place finish, along with taking home the MVP award.

During the tournament, Martin averaged 4.09 kills a set, including 19 kills against Air Force which set a career-high. Martin finished the tournament with a .282 hitting percentage, with 2.45 digs a set, four aces and seven blocks.

From the band energizing fans in the student section to children high-fiving Illinois State University players before game time, the atmospher…