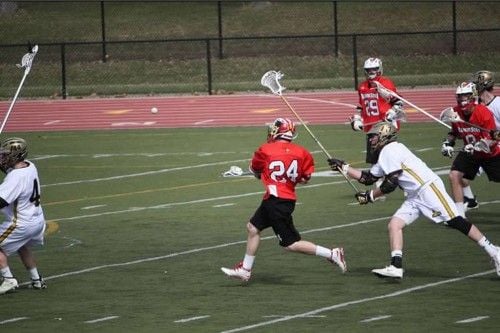 Submitted Photo:Senior Aaron Buchanan made the game-tying goal against Purdue with 24 seconds left in the game. 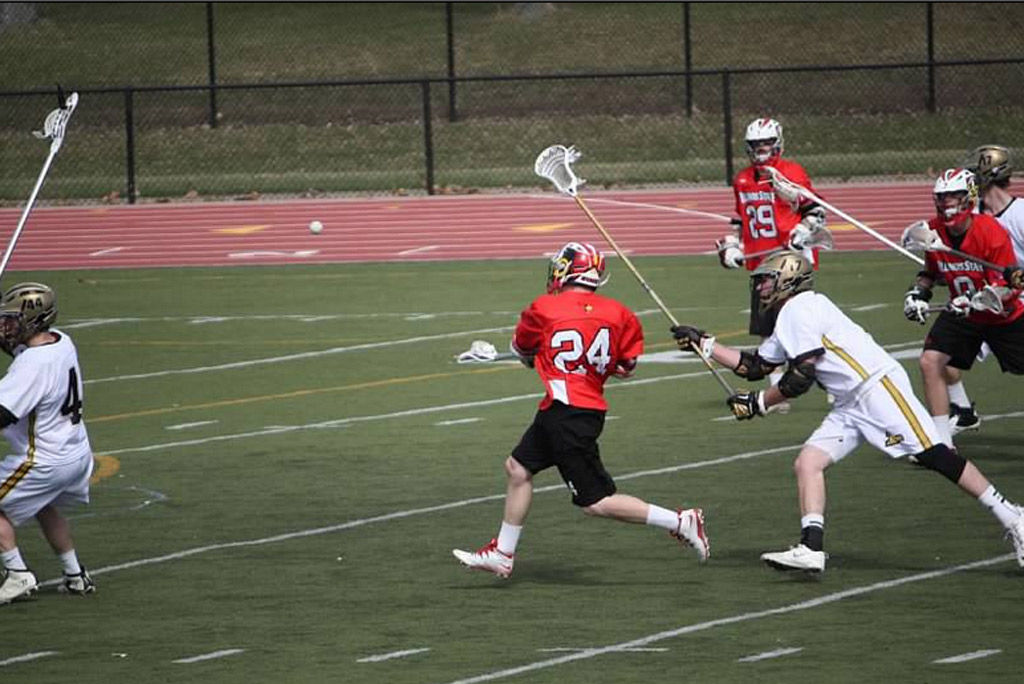 Submitted Photo:Senior Aaron Buchanan made the game-tying goal against Purdue with 24 seconds left in the game.

ISUs club lacrosse team is ripping through its schedule, tallying five last-minute wins and only one loss on the way to the playoffs.

Gearing up for this season involved around-the-clock preparation and a combination of on and off the field conditioning.

Crossfit has been a big part of our program the past two years, captain Matt Mariotti said. Weve also had a few fall ball games which has helped us prepare for getting into game time.

So far in the season, the Redbirds have taken down Bradley, Central Michigan, Western Michigan, Kansas and Purdue, going into back-to-back overtime against CMU and WMU.

Our second game was our toughest one, we played MSU-Mankato, captain Chris Tolomeo said. With their votes in the Mens Collegiate Lacrosse Association (MCLA) polls they were the best team on our schedule and they were a very tough team.

The Redbirds lost their only game so far this season to MSU-Mankato, 13-6.

The Redbirds have been saving their momentum for the last seconds of game time, making several last-minute shots and pulling ahead of their competitors. Against Purdue, the game-winning goal was made within 24 seconds of the end of the game.

There have been a lot of really tight but really exciting games, Mariotti said.

As exciting as a close game may be, the Redbirds would rather take an early lead in upcoming games.

I think all the gray hairs this season we would rather do without, Tolomeo said. But when it gets down to the wire, it forces us to run what we know and what we do best.

Looking forward, Mariotti and Tolomeo are excited about what the first half of the season means for the rest of the year.

Were off to a good start, were in a position that we want to be in, Mariotti said. We feel like we can take the next step in our conference teams.

With three out of the next five games on the schedule counting toward a conference record, the Redbirds have their eyes on the playoffs.

Coming off of this explosive of a start, it makes our players believe we can go far into the post-season and makes us feel like theres no team we cant beat at this point, Tolomeo said.

Looking beyond this year, the team is saying goodbye to several seniors, including Tolomeo and Mariotti, and welcoming what they consider one of the most talented rookie classes they have seen.

I think with the rookie class we have now and the ones coming in next year, theyre setting themselves up to be a strong force in the Great Rivers Lacrosse Conference (GRLC), Mariotti said.

Both Tolomeo and Mariotti are looking forward to returning to ISU next year and competing in the teams annual alumni game.