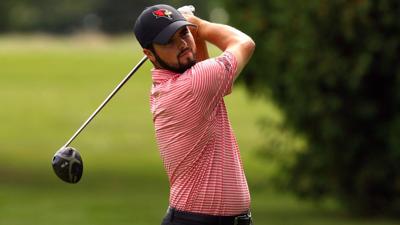 Perkins currently has a World Amateur Golf Ranking of 40. He was recently named a third team All-American by PING, as well as All-Region. He also received multiple Missouri Valley Conference awards, including MVC Player of the Year and Scholar Athlete of the Year. Last season, he had a scoring average of 69.39- which beat the second lowest score and the rest of the conference by almost three strokes.

Perkins is no stranger to elite amateur events. He has finished top-five at the Patriot All-America Tournament, Jones Cup and Southern Amateur, and top-20 finishes at the Trans-Mississippi Amateur Championship and the Azalea Invitational. He tied for 23rd place at the US Amateur Championships to advance to the match play tournament.

“What an honor for Perkins to be among the few invited to the Walker Cup practice session by the USGA’s team selection committee,” Illinois State head men’s golf coach Ray Kralis said. “Because of his success on the collegiate level and in elite amateur championships over the last couple of seasons, he is clearly recognized as one of the best amateur players in the world. This session also allows the golfers to develop relationships and team camaraderie, and I think they will see that David is a great team guy as well.”

Coming off a second-place performance in the Missouri Tiger intercollegiate, Illinois State golfer David Perkins has made Missouri Valley Conf…