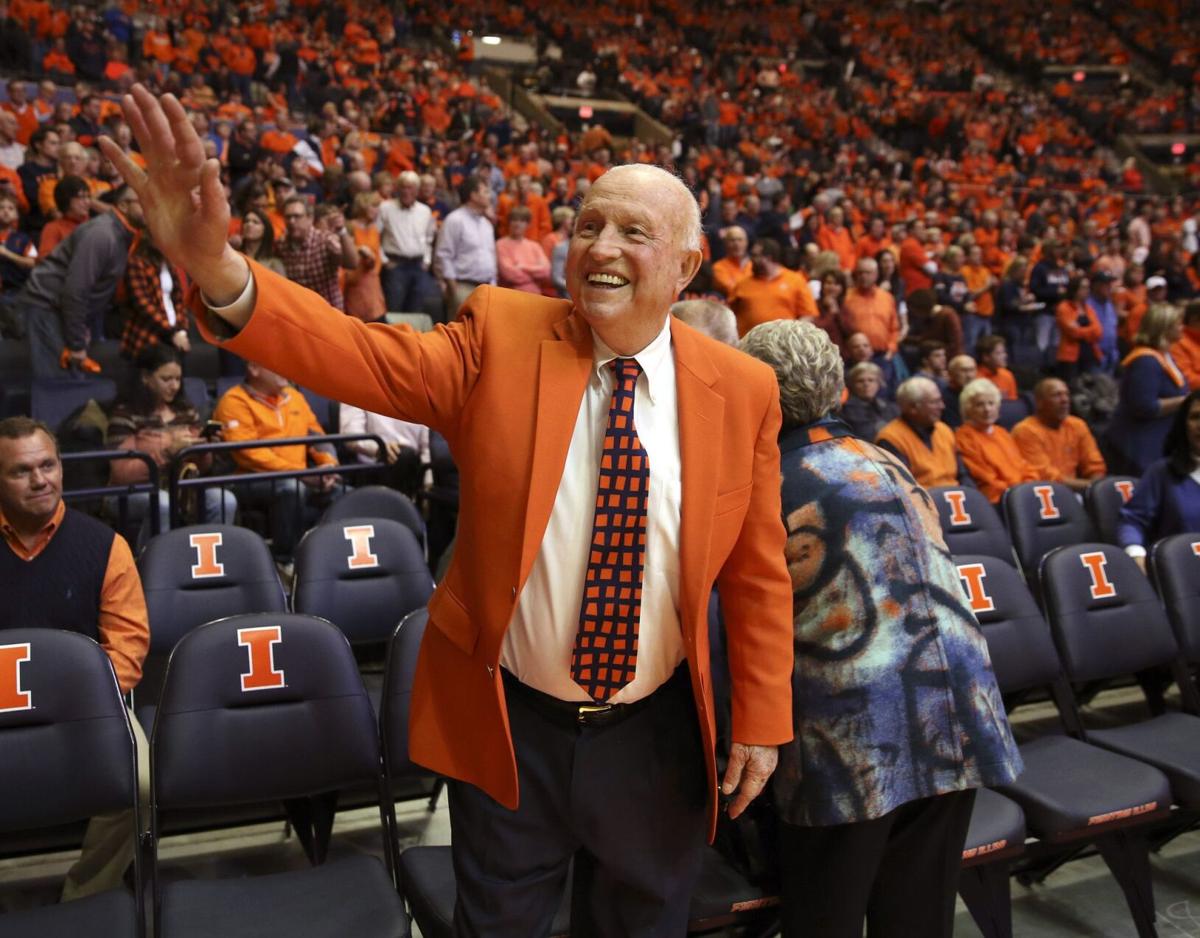 Retired Illinois coach Lou Henson waves to students in the orange crush section before a game against Notre Dame on Dec. 2, 2015, in Champaign. 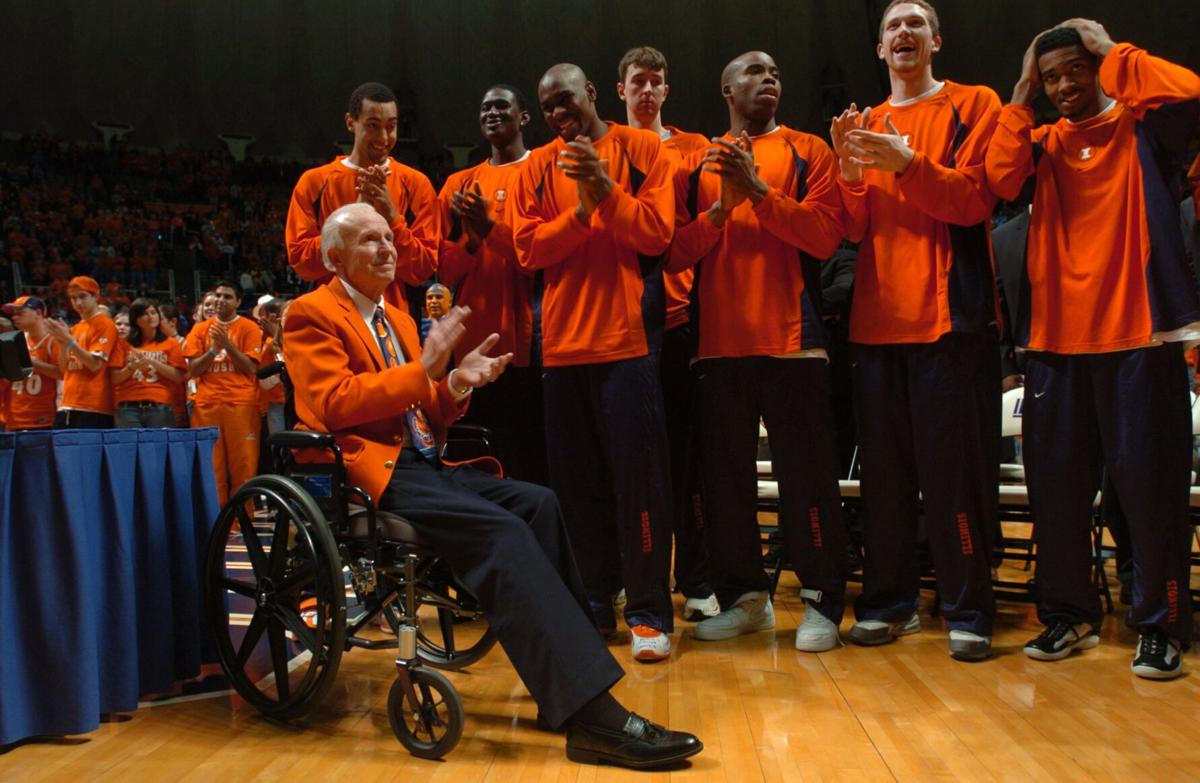 Legendary Illinois Illini basketball coach Lou Henson, left, sings the school alma mater with members of the current Illini basketball team during a ceremony in honor of the school's 100 years of basketball before a game with Minnesota at Assembly Hall in Champaign, Illinois, on Jan. 29, 2005.

Lou Henson, the winningest coach in Illinois basketball history, died July 25, according to the Champaign News-Gazette. He was 88.

At Illinois, he was known for sporting a bright orange suit jacket and bringing the Illini to national prominence during a 21-year tenure.

Henson had 11 20-win seasons, winning the 1984 Big Ten championship and earning a top-five seed in the NCAA tournament in consecutive years from 1984-1990. His 423 Big Ten victories rank fifth among conference coaches all time.

He’s one of just 14 coaches to lead two teams to the Final Four, including the Aggies in 1970. Henson also is the only coach other than John Wooden to have two courts named after him — at Illinois and New Mexico State.

Henson and his wife, Mary, were seen through the years supporting the Illini at sporting events and making appearances at functions. He was diagnosed in 2003 with non-Hodgkin lymphoma and had setbacks and chemotherapy treatments throughout the years.

He came to Champaign in 1975 after successful head coaching stints at Hardin-Simmons and New Mexico State universities.

Henson, who was born in Oklahoma, was inducted into the National Collegiate Basketball Hall of Fame in 2015.