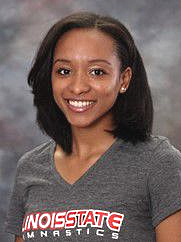 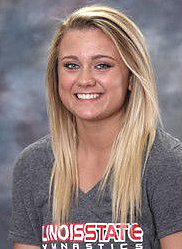 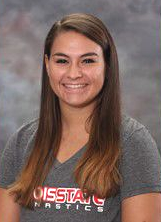 Illinois State sophomore Meredith LaRoche won the all-around competition, freshman Gabrielle Cooke shined in her collegiate debut and the Redbirds started their season on a bright note with a win Saturday in the Ozone Collegiate Gymnastics Classic in Knoxville, Tennessee.

Illinois State secured first place with a score of 192.550, just narrowly defeating Temple, which finished with a total score of 192.225. Centenary and Wisconsin-Eau Claire rounded out the four-team field, scoring 186.300 and 185.950, respectively.

LaRoche led all competitors with a cumulative score of 38.925. ISU head coach Bob Conkling was pleased with the way LaRoche performed, and he expects similar success from her as the season unfolds.

“She had a bit of an ankle problem last year that kept her out of some of her best events, but if she remains healthy this season, I foresee her being one of the best all-arounders in the conference,” Conkling said.

Cooke competed in all four events in the competition, finishing second overall in the all-around with a score of 38.300. Anna Marema was the other freshman Redbird to compete, and she impressed with a first-place finish in bars with a score of 9.800.

Conkling believes that his team can improve its score on Saturday in Bowling Green, Ohio, where the Redbirds travel to square off against Bowling Green State — a team that has averaged 191.745 points in five outings.

“We were pleased with our score but not thrilled with it. For the first meet out, I feel like they did a solid job but I know we can improve and shoot for 194 plus throughout the season. I know our team is capable of it,” Conkling said.